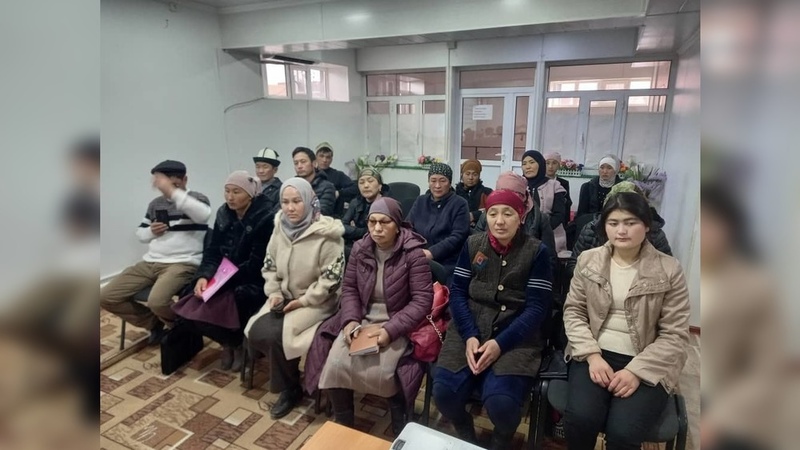 AKIPRESS.COM - 3,990 foreign nationals and stateless persons were granted citizenship of Kyrgyzstan in the first 11 months of 2021.

2,870 of them were ethnic Kyrgyz, said the press service of the Ministry of Digital Development.

As of November 29, 123 applications for receiving citizenship of the Kyrgyz Republic have been filed by ethnic Kyrgyz and stateless persons of Kyrgyz ethnicity by the territorial departments of Batken under the simplified procedure. By presidential decree, five ethnic Kyrgyz have been naturalized.

Deputy Minister of Digital Development Zalkarbek Karybekov and director of the Population Registration Department of the Ministry Elisa Esenalieva met with ethnic Kyrgyz and stateless people in Batken. A training seminar on increasing the efficiency of the work of territorial divisions on citizenship issues with technical support from the NGO Lawyers of the Fergana Valley Without Borders was organized.

At the meeting with the population the leadership of the Ministry responded to the questions of ethnic Kyrgyz regarding the registration of documents for citizenship of the Kyrgyz Republic and considered the appeals.

On November 23, 2021 Batken district population service center introduced a simplified procedure for ethnic Kyrgyz citizenship. The station will operate on a permanent basis until December 31, 2022. It will be staffed by the territorial departments of nearby regions of Osh, Batken and Jalal-Abad region on a schedule.