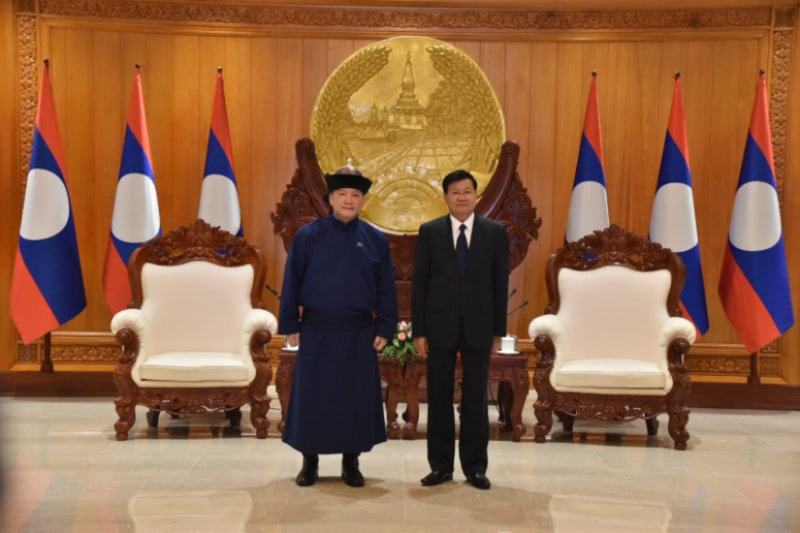 AKIPRESS.COM - Ambassador of Mongolia to the Lao People's Democratic Republic J.Byambasuren presented his letter of credence to President of Laos Thongloun Sisoulith on December 16, Montsame reports.

At a meeting with the President of Laos following the ceremony, Ambassador J.Byambasuren undertook to make efforts to deepen the friendly relations between Mongolia and Laos and conveyed the greetings of the President of Mongolia.

Expressing willingness to celebrate the 60th anniversary of diplomatic relations which falls next year, President Thongloun Sisoulith said he hopes the new Ambassador will contribute to strengthening the friendly relations between the two countries.