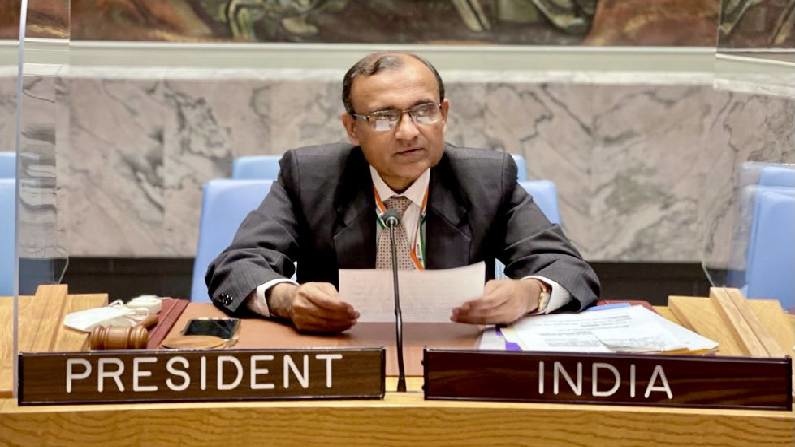 AKIPRESS.COM - India's performance as a non-permanent member of the UN Security Council indicates that the world needs India to be at the horseshoe table permanently, the country's envoy to the United Nations TS Tirumurti has said, NDTV reported.

India's Permanent Mission to the UN posted the special video highlighting the several achievements by India as its first year in the UN Security Council draws to a close.

The video chronicles India's journey as a non-permanent UNSC member in 2021 including its Presidency of the 15-nation Council in August, on combatting terrorism, UN peacekeeping, Afghanistan, Myanmar, Africa, Middle East and Climate action.

"Our performance again indicates that the world needs India to be at the horseshoe table permanently," the Indian envoy said, as he underscored the need for New Delhi to have a seat at the UN Security Council as a permanent veto-powered member.

Narendra Modi also became the first Indian Prime Minister to preside over a UN Security Council Open Debate as he chaired the high-level session on 'Enhancing Maritime Security - A Case for International Cooperation' on August 9. For the first time, the Security Council adopted a presidential statement on maritime security.

It was during India's August presidency of the Council that the situation in Afghanistan rapidly deteriorated, requiring the Security Council to act without any delay, Tirumurti said, adding that Resolution 2593 on Afghanistan was adopted under India's presidency, which demands assurances that Afghan soil will not be used for terrorism against other countries and that the authorities in Kabul will act against all terrorists, including those designated by the 1267 Sanctions Committee.

Significantly, India firmly opposed the attempt by countries to bring the issue of climate change into the Security Council. India has been consistent in its support for transition to democracy, whether in Myanmar or in Africa and on issues affecting the developing world, India has been a strong voice to protect their interests, he added.

Further, given its predominant role in UN peacekeeping, India gave UN peacekeeping a strong focus in the last one year, including during its August Presidency.

During a meeting in August, External Affairs Minister S Jaishankar had said that peacekeeping continues to play a crucial role in India's vision of ensuring international peace and security and providing greater clarity, direction and professionalism in UN peacekeeping operations is at the heart of the vision.

After nearly five decades, India piloted a resolution on 'Protecting the Protectors', calling for accountability for crimes against peacekeepers. India also gifted 200,000 COVID vaccines to cover every peacekeeper in every peacekeeping mission throughout the world.

Jaishankar had also chaired a briefing on ISIL Daesh during India's presidency and New Delhi helped shape the Global Counterterrorism Strategy in the UN General Assembly.

During the year, India also sought to bring the necessary balance to the debates relating to Africa, Mr Tirumurti said adding that India made its views clear on the issue of burdening African countries with unrealistic benchmarks on their sanctions regime and called for greater commitment from the international community to assist Africa fight terrorism.