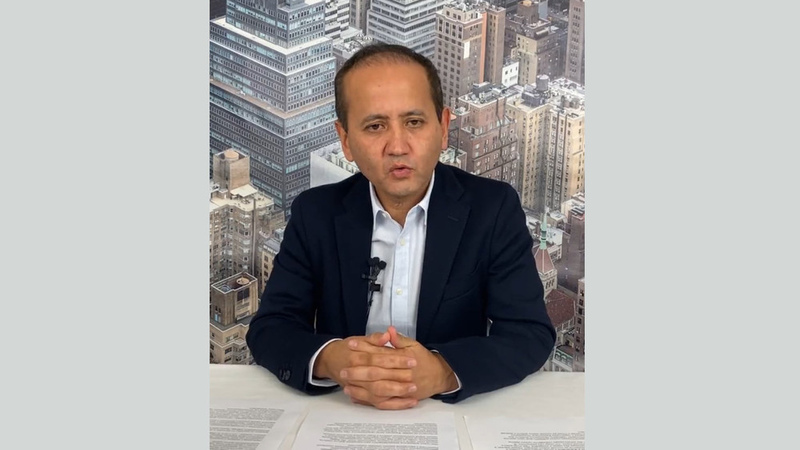 AKIPRESS.COM - Mukhtar Ablyazov, a former banker wanted in Kazakhstan who is leader of an opposition movement called Democratic Choice of Kazakhstan, said the West needed to enter the fray.

"If not, then Kazakhstan will turn into Belarus and [Russian President Vladimir] Putin will methodically impose his programme - the recreation of a structure like the Soviet Union," Ablyazov told Reuters from Paris in Russian.

"Kazakhstan is now in geopolitical play," he said. "Russia has already entered, sent in troops. CSTO is Russia. This is an occupation by Russia."

Wanted at home for fraud and embezzlement, Ablyazov lives in France where he has been granted refugee status. He has dismissed all the charges against him in Russia and Kazakhstan as politically motivated.

Ablyazov cast himself as the leader of the opposition protests and said he was consulted every day on tactics on the ground in Almaty.

He said he was ready to fly into Kazakhstan to head a provisional government if the protests escalated and said his activists were awaiting him.

"The West should tear Kazakhstan away from Russia," he said. "The West must help so that Putin cannot occupy this country, the West must help civil society elect its leaders so that the country can choose its path, a democratic path like in the West."