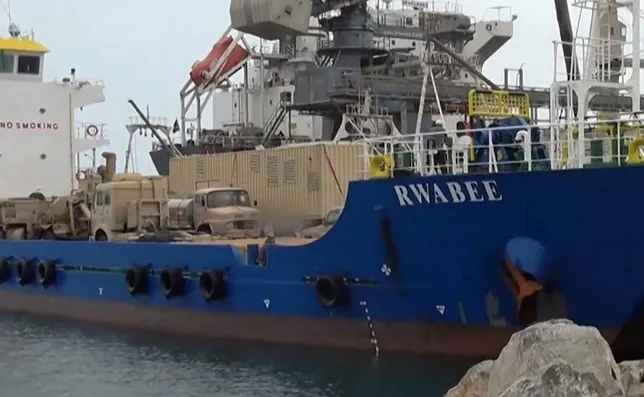 AKIPRESS.COM - India has called for the immediate release of seven Indian crew members on board a United Arab Emirates-flagged cargo vessel that was seized by Houthis off the port of Hodeidah in Yemen on January 2, NDTV reported.

India's Permanent Representative to the UN, speaking at a UN Security Council meeting on Yemen on Wednesday, expressed grave concern over seizure and detention of UAE vessel Rawabi.

The Indian diplomat tweeted that he "called for immediate release of 7 Indian crew members, expressed deep concern about their safety, well-being and that Houthis should ensure their safety till release." India also calls upon all parties to the conflict to immediately cease fighting, de-escalate the situation and engage unconditionally with the Office of the Special Envoy of the Secretary-General for Yemen.

India’s Ministry of External Affairs said on Tuesday that all seven Indian sailors on board a United Arab Emirates-flagged cargo vessel that was seized by Houthis off the port of Hodeidah in Yemen are safe and the government is making all efforts to secure their early release.

The spokesperson of the ministry, said India has been closely monitoring developments following the seizure of the ship Rwabee by the Houthis on January 2.

"We also understand from the company and other sources that all Indian crew members are safe. The government of India is making all efforts to secure their early release," said the spokesperson.

"We are in touch with the company operating the ship and have been informed that out of the 11 crew members on board the ship, seven are from India," he said.

"We urge the Houthis to ensure the safety and well-being of the crew members and release them immediately. India is concerned at the recent intensification of fighting in Yemen and hopes that all parties will come to the negotiating table to find a peaceful resolution to the Yemen issue," he added.

The Houthi rebels have a strong presence in parts of Yemen.

“As part of its routine weekly patrol, United Nations mission UNMHA (UN Mission to support the Hudaydah Agreement) visited As-Salif port and neighbouring areas on Wednesday. The patrol team saw the RWABEE vessel from a distance and spoke to its crew members,” the UN Mission said in a tweet.