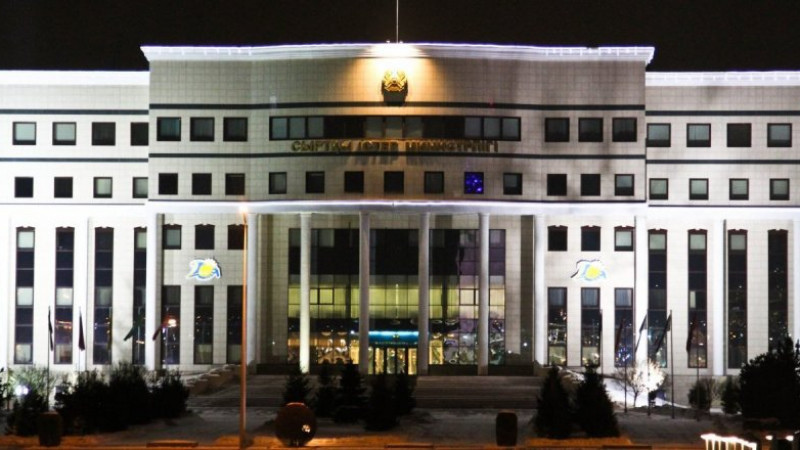 AKIPRESS.COM - The Ministry of Foreign Affairs of the Republic of Kazakhstan said it a statement that it "believes that the resolution on the situation in Kazakhstanadopted by the European Parliament on 20 January 2022 is not only biased but also based on prejudiced opinions and assumptions."

The apparent lack of a credible analysis of the tragic January events in Kazakhstan is disconcerting, the statement said.

"We find it unacceptable that a document of this nature has been adopted before the publication of the findings of the official investigation initiated by the leadership of the Republic of Kazakhstan. We reconfirm that the results of this investigation will be openly shared with the international community.

We have taken due note of the fact that while drafting the said resolution, neither members of the European Parliament nor any of the Parliament’s political groups had requested any clarification or statement from Kazakh officials.

The Human Rights Ombudsperson of the Republic of Kazakhstan and Kazakh civil society institutions, which are engaged in a direct dialogue with government agencies, also informed us that the authors of the resolution did not contact them.

The earlier conclusion of the Ministry of Foreign Affairs of the Republic of Kazakhstan that there were serious discrepancies and inaccuracies in the publications of certain foreign media outlets, describing legitimate actions of law enforcement agencies against terrorist, extremist, and criminal groups, has also been ignored.

As a member of the United Nations Human Rights Council and other reputable international organizations, and a party to multilateral humanitarian agreements, Kazakhstan is unequivocally committed to the rule of law and fulfilling its obligations in protecting the rights and freedoms of its citizens. It is also making a significant input to the process of upholding global and regional security, including by fighting international terrorism.

The Republic of Kazakhstan will continue to seek a constructive engagement with all the institutions of the European Union, based on the principles of mutual understanding and mutual respect.

The hasty adoption of the abovementioned resolution of the European Parliament undermines and damages the process of adopting and implementing the political reforms of the President of the Republic of Kazakhstan aimed at consolidating democratic institutions and development of civil society," the statement said.