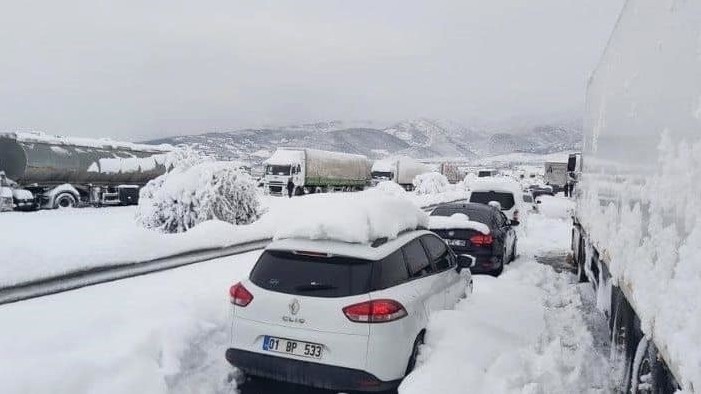 AKIPRESS.COM - Turkish authorities temporarily halted all flights at Istanbul Airport on Monday due to heavy snowfall in the city, which was blanketed in white, while winter weather snarled transportation across the country, Reuters reports.

The heavy snowfall halted some of Istanbul's ferry services, shut some roads and caused visibility problems for drivers.

Nationwide, the Disaster and Emergency Authority said some 4,600 people were stranded due to weather and more than 6,700 were taken to shelters, while thousands of containers of food supplies were delivered to those in need.

Many parts of Turkey have been hit with heavy snowfall since last week, which coincided with a winter break at most schools.

Turkey's flag-carrier Turkish Airlines (THYAO.IS) said it had cancelled all flights from Istanbul Airport until Tuesday 0100 GMT to ensure "travel safety and for our passengers" and to prevent them from being stranded at airports.

Istanbul Governor Ali Yerlikaya said on Twitter that working hours for public institutions would end early, along with early closing for shopping malls due to the snow in the city of about 16 million.

Vehicles arriving from the west of the city would not be allowed to enter the province, while departures from Istanbul's biggest bus terminals were halted until Tuesday at 0500 GMT, he added.

Istanbul Mayor Ekrem Imamoglu told Reuters that the snowfall, while causing travel issues, would ease the dry conditions since the summer when the capacity of dams dwindled to multi-year lows.

"Istanbul is dependent on the snow's blessing. If it doesn't experience every season as it is intended, different risks await," Imamoglu said, adding some 10-15 cm of snow had been recorded in the city and 25 cm (9.84 inches) in rural areas.

The snow was expected to raise water levels in dams to some 70% as it continued in coming days, he said. "In the end, we are very happy with this snowfall."