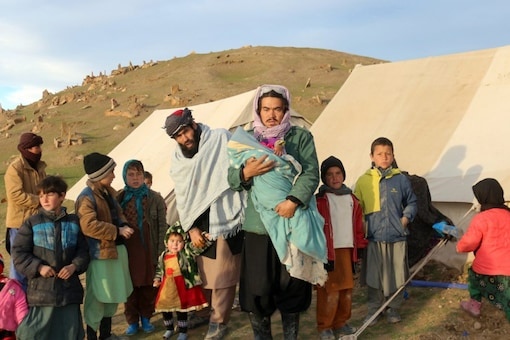 AKIPRESS.COM - India and Pakistan have finally arrived at an agreement to transport 50,000 metric tons of Indian wheat to Afghanistan through Pakistan’s land route after crossing India-Pakistan border. The gigantic exercise involving thousands of trucks is expected to roll out early February, The Times of India reported.

India and Pakistan had been engaged in finalising the modalities for transporting wheat to drought-stricken Afghanistan for almost 2 months. Indian government have conveyed to Pakistan that it will be ready to despatch the first consignment by the second week of next month.

India recently sent its third batch of assistance to Kabul, mostly life-saving medicines, by air. Its offer of delivering wheat to Afghanistan through the border with Pakistan though, despite unceasing hostility in ties with Islamabad, is still the most significant initiative in its outreach to the Taliban who captured power in Afghanistan in last August.

The Taliban have not just welcomed India's proposal to ship wheat to Afghanistan via Pakistan at this "critical time" but had also sought an early approval from Pakistan PM Imran Khan.

The two sides have been engaged at the official-level to finalise modalities for sending humanitarian assistance to Afghanistan.

As per the understanding the two sides have reached, Afghan trucks operating under UN's World Food Programme (WFP) will ferry Indian wheat from the India-Pakistan border to Afghanistan via Pakistan's Torkham border crossing with Afghanistan. Pakistan had announced earlier this week that it had put all arrangements in place and was awaiting final confirmation from India for the despatch of the first consignment.

Indian official denied that there had been any delay by India while recalling that Pakistan had taken well over a month to approve Indian government's proposal last year. India is still working to resolve logistical issues involved in transporting 50,000 MT of wheat to the border.

“We have committed to supplying 50,000 tonnes of wheat as well as lifesaving medicines as humanitarian assistance to Afghanistan. We are in discussions with Pakistani authorities on the exact modalities of shipment of wheat. We remain committed to providing humanitarian assistance to the people of Afghanistan,” spokesperson of India’s Ministry of External Affairs had said.

India also wanted UN to supervise distribution of wheat and other aid to Afghanistan. The security conference on Afghanistan hosted by India’s National Security Adviser (NSA) Ajit Doval in November had called for humanitarian assistance to be provided in an unimpeded, direct and assured manner to Afghanistan and also that the assistance was distributed within the country in a non-discriminatory manner across all sections of the Afghan society.

The conference was attended by Secretaries of National Security Councils of five Central Asian countries, including the Kyrgyz Republic, Russia and Iran.