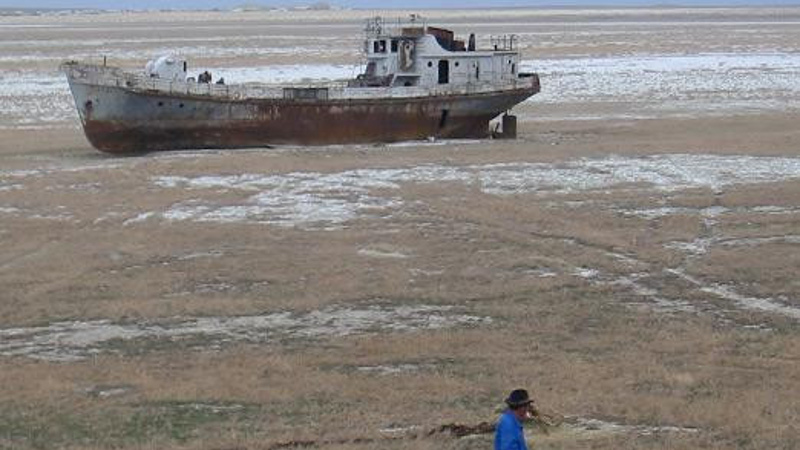 AKIPRESS.COM - The dry Aral seabed spans an area of about 60,000 km2, nearly half of which is located in Uzbekistan’s Republic of Karakalpakstan, home to 1.8 million people.

In the past few decades, this salt desert has become a source of sand and dust storms. Each year, the storms carry about 15–75 million tons of sand, dust, and salt from the dried Aral seabed across Central Asia. The resulting soil erosion and air pollution negatively impact people’s health, livelihoods, and environment.

A joint World Bank and Uzbekistan State Committee on Forestry study: The Value of Landscape Restoration in Uzbekistan to Reduce Sand and Dust Storms from the Aral Seabed estimates the economic losses caused by sand and dust storms and the local, regional, and global benefits that landscape restoration efforts generate. The study was completed as part of RESILAND, a land restoration program in Central Asia with support from Wealth Accounting and the Valuation of Ecosystem Services (WAVES) and PROGREEN.

Every year, sand and dust storms from the Aral seabed generate losses of over $44 million. Most of the dried Aral seabed in Uzbekistan can be restored by planting an optimum combination of native drought- and salt-resistant trees, shrubs, and grasses.

With careful planning, landscape restoration in the Aral seabed can be economically viable and can significantly reduce air pollution as far as 100–200 km from the former Aral seashore resulting in improved health and livelihoods.

Regenerating the Aral seabed can contribute an additional $28–44 million in benefits every year and can provide climate change mitigation benefits by preventing release of carbon from the soil and absorbing CO2 from the atmosphere.