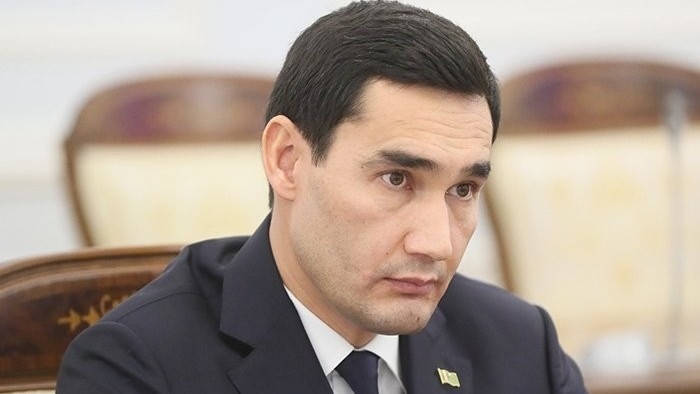 He was nominated at the extraordinary congress of the Democratic party of Turkmenistan.

Presidential election campaign kicked off in Turkmenistan on February 14, when candidates will be nominated, registered and meetings with electorate will be held.

President Berdimuhamedov has been President of Turkmenistan since February 2007. He heads the Cabinet of Ministers at the same time. On February 11, Berdihamedov said he made uneasy decision and will give the way to young leaders in governance. The President said he will remain chairman of People's Council, upper chamber of the Turkmen parliament. He holds this post since April 2021.

Experts called 40-year-old Serdar Berdimuhamedov the most likely successor. He held diplomatic posts since 2011. He headed the Department of the Foreign Ministry, was Deputy Foreign Minister. In 2019, Serdar Berdimuhamedov was governor of Akhal province. In February 2020, he became Minister of Industry of Turkmenistan. Then he was appointed Deputy Prime Minister and became a member of the Security Council.

Russian political expert Arkady Dubnov suggested Serdar Berdimuhamedov will follow tougher policy than his father. "Serdar is extremely tough person. He is far from simple perception of life than his father. He casts terror in the hearts of his subordinates. He will keep strengthening power vertical even more brutally," the expert suggested in an interview with RBK.