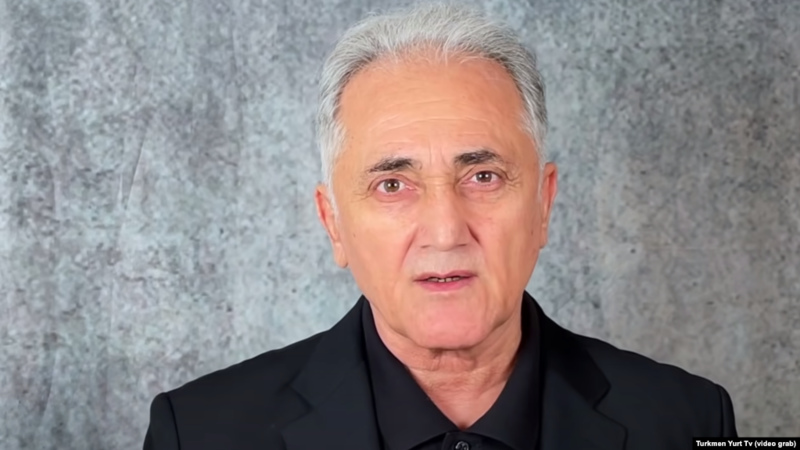 AKIPRESS.COM - A former political prisoner and outspoken critic of Turkmenistan's government has announced he intends to take part in an early presidential election to fight the "dictatorship" in the tightly controlled Central Asian nation after the current leader's son was nominated as a candidate, RFE/RL reported.

In a video statement on YouTube, Geldy Kyarizov said he made the decision after the ruling Democratic Party of Turkmenistan nominated Serdar Berdymukhammedov, the son of President Gurbanguly Berdymukhammedov, as its presidential candidate for the vote, to be held on March 12.

Kyarizov said in the statement that he was outraged by the move of the authoritarian leader of the energy-rich nation to leave his "offspring to rule the country in an absolute dynastic way like an heir of a pharaoh."

"The nation must unite. We must be together to fight this dictatorship and tyranny in all directions," Kyarizov said.

Kyarizov, 71, a longtime advocate of Turkmenistan’s iconic Akhal Teke horse breed, spent five years in a string of jails and prisons in Turkmenistan after he was jailed in 2002 for his alleged involvement in a plot to “assassinate" then-President Saparmurat Niyazov.

He and his family were allowed to leave Turkmenistan in 2015 and he has been residing in an unspecified European Union country since.

According to rights groups, Turkmenistan has never held free and fair elections since becoming an independent state following the fall of the Soviet Union in 1991.

Kyarizov’s statement came immediately after 40-year-old Serdar Berdymukhammedov was officially nominated as a presidential candidate on February 14 following the opening of the nomination process from the country's three registered political parties, which all support the current president.