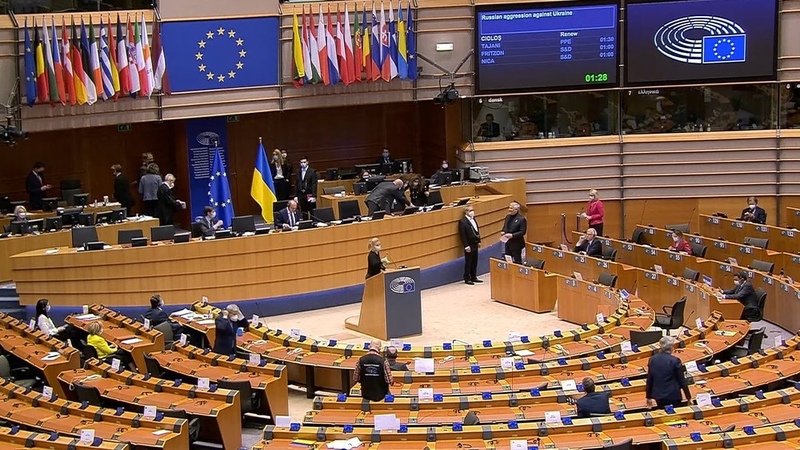 The EU's accession process is designed to fully align the candidate country with the bloc's democratic, economic and social standards, Euronews reports.

The procedure is split into four main steps: application, candidacy, negotiations, and accession.

The first one, application, has already taken place after Zelenskyy's signature. The Commission is expected to examine the request and publish a recommendation, either supporting or rejecting the bid.

The Council can then approve Ukraine's application by unanimity, while the Parliament will have to give its consent with a simple majority.

If all the votes are in favour, Ukraine will be officially considered a candidate to join the EU.

After that, the Commission will come up with a framework for negotiations, which also has to be unanimously endorsed by the 27. Ukraine will likely be asked to begin reforms before discussions take place.

The Commission's mandate is then used to guide the accession talks, which are divided in 35 chapters grouped in six main clusters: fundamentals; internal markets; competitiveness and inclusive growth; green agenda and sustainable connectivity; resources, agriculture and cohesion; and external relations.

The process is strictly linear: each chapter opens only after the previous is definitely closed. Fundamentals, which covers issues such as justice, human rights and public institutions, is the the first chapter to be opened and also the last to be closed, underlining the importance the EU gives to core democratic values.

This emphasis on democracy could pose a major roadblock for Ukraine's European path. The country scores poorly in international indexes: Freedom House calls it "partly free" while the Economist describes it as a "hybrid regime." Reporters Without Borders says oligarchs' grip on the media is still too "tight."

"After the [Maidan] revolution in Ukraine, the country is certainly on a pro-democratic and pro-European path. However, its democracy is still fragile and the rule of law is still not enforced properly," says Jana Juzová, a research fellow at EUROPEUM, an independent think-tank focused on European integration.

"In terms of democracy, Ukraine is scoring similarly or even worse as the Western Balkan countries. Corruption, functioning and independence of judiciary, and weak democratic institutions are still among the most problematic issues."

For Juzová, the fact that Ukraine does not exert full control over its own territory – Crimea was illegally annexed by Russia and the Donbas has two separatist provinces – could further complicate things.

"The candidates for EU membership must have clearly defined and consolidated borders, territorial integrity, and resolve their bilateral issues with neighbours," the researcher told Euronews.

"The EU accession process is by definition supposed to be very strict," she added. "I wouldn’t be too optimistic about Ukraine’s prospects of joining the EU anytime soon."