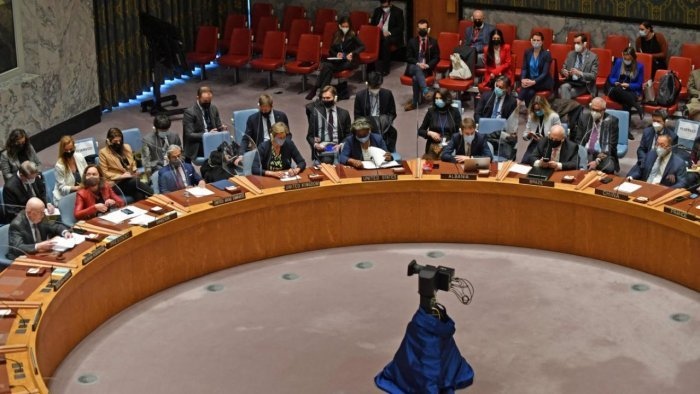 AKIPRESS.COM - Taking into account the humanitarian requirements in Ukraine, India’s permanent representative to the United Nations, T S Tirumurti, on Monday, said that India has decided to provide urgent relief supplies, including medicines to Ukraine, which is expected to be despatched tomorrow, Business Standard reported.

Earlier on Monday, Indian Prime Minister Narendra Modi told officials during a meeting that the first consignment of relief supplies to Ukraine to deal with the humanitarian situation on the borders of the country should be dispatched on Tuesday. He also once again expressed 'anguish' at the ongoing violence and humanitarian crisis in Ukraine.

The spokesperson of the India’s Ministry of External Affairs, confirmed to journalists that the Government of India would send medicines and other essentials to the East European nation following a request received from Kyiv's envoy to New Delhi, Igor Polikha, for humanitarian assistance. Polikha earlier on the day told journalists that he had conveyed Ukraine's request for humanitarian assistance from India during a meeting on Sunday.

"In such times of conflict, India attaches the highest priority to safety and well-being of civilians, in particular women, children and elderly. We are of the view that core principles of humanitarian assistance should be fully honoured," India’s Ambassador to the UN said.

He noted that India remains deeply concerned about the unfolding developments in Ukraine where the situation continues to deteriorate. "Our considered call for an immediate cessation of violence and an end to all hostilities is an urgent imperative," he stated.

The envoy highlighted that Indian Prime Minister Narendra Modi has advocated this strongly in his recent conversations with the leadership of the Russian Federation and Ukraine.

"India welcomes their commencement of direct talks. We reiterate our conviction that differences can only be bridged through sustained dialogue and diplomacy," he said, adding that "We also underline that all member states have agreed on the principles in UN Charter, international law and on the respect for the sovereignty and territorial integrity of states.”

The representative further expressed deep concern for the safety and security of thousands of Indian citizens, including students, stranded in Ukraine.

"Our evacuation efforts have been adversely impacted by the developments on the ground at the border crossings. Given that the safety of Indian nationals is of paramount importance to Indian Government, senior Ministers from the Government of India are being deployed as Special Envoys to Ukraine's neighbouring countries," he said.

"We thank them for their cooperation at this difficult time. We stand ready to help those from neighbours and developing countries who are also stranded in Ukraine and may seek assistance," he added.

Indian envoy also noted that the appointment of Amin Awad of Sudan as United Nations Crisis Coordinator for Ukraine by the Secretary-General, to lead the coordination of all UN efforts, including the humanitarian response, on both sides of the contact line. "We support and welcome the UN's efforts in this direction.”

“There is no other choice, but to return back to the path of diplomacy and dialogue,” New Delhi's envoy to the UN, said, even as India once again abstained from voting at the Security Council on a procedural resolution to convene a rare emergency special session of the General Assembly of the international organisation on Russia's aggression against Ukraine.