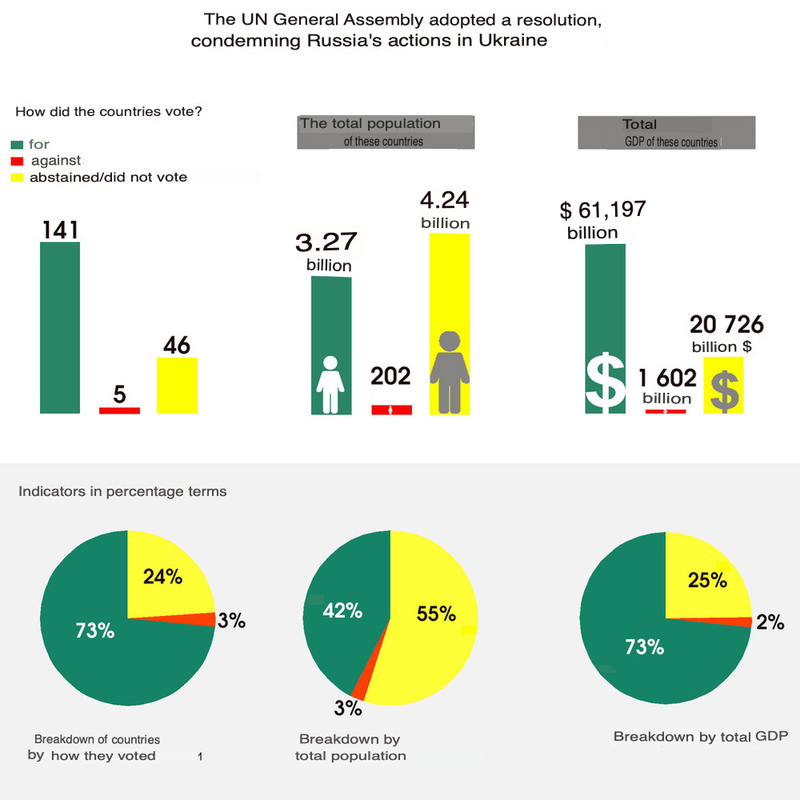 AKIPRESS.COM - The UN General Assembly adopted a resolution demanding that Russia “immediately, completely and unconditionally withdraw all of its military forces from the territory of Ukraine within its internationally recognized borders.”

11 countries did not vote, including Azerbaijan, Morocco, Turkmenistan, Uzbekistan, and Venezuela. 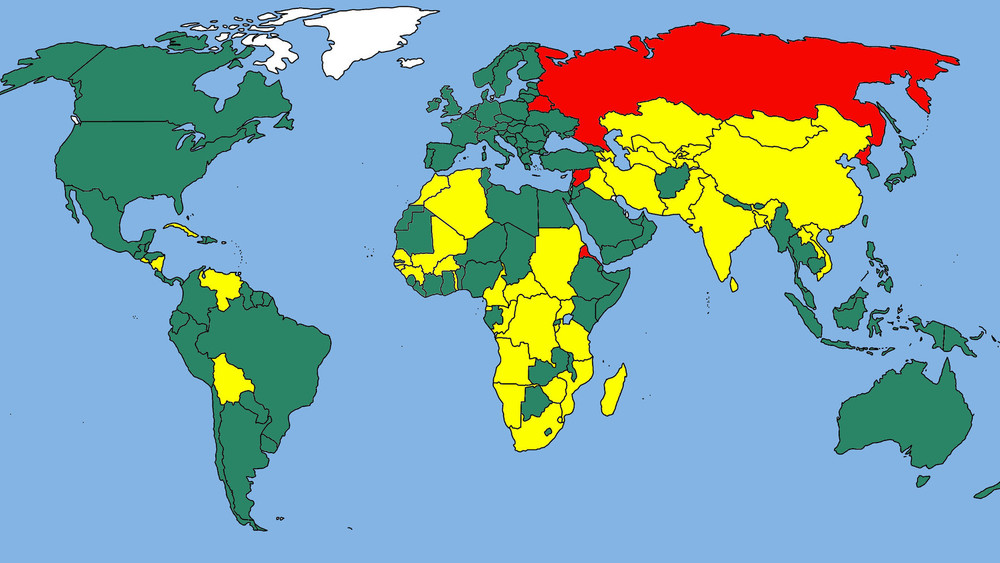 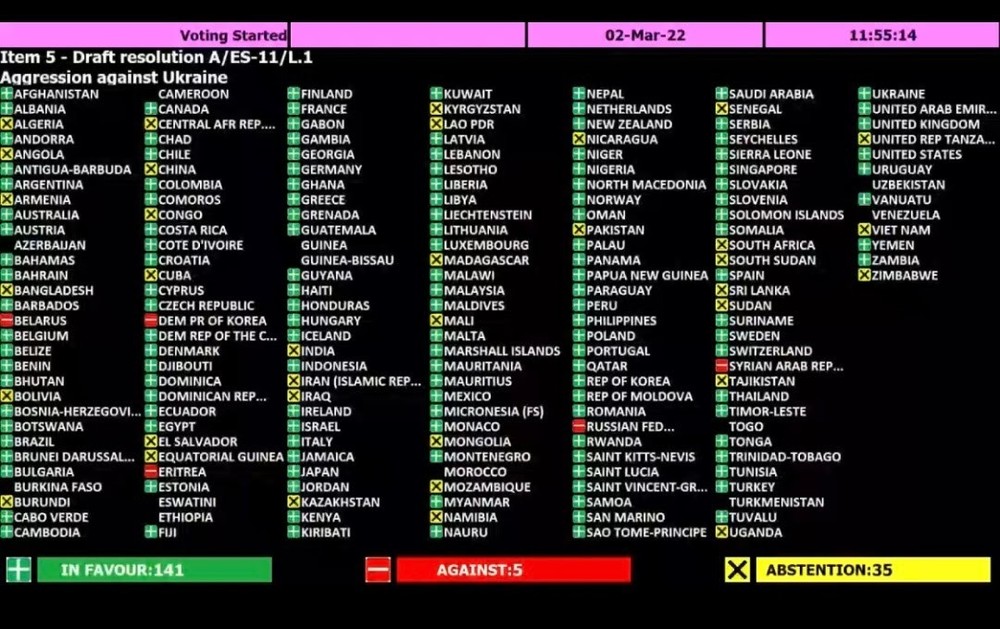 Related content
Involvement of CSTO into 'military operation' in Ukraine not considered - Russian president's press secretary
Citizens of Uzbekistan and Kazakhstan fight on side of Ukraine as mercenaries
Over 6.3 million fled Ukraine to neighboring countries