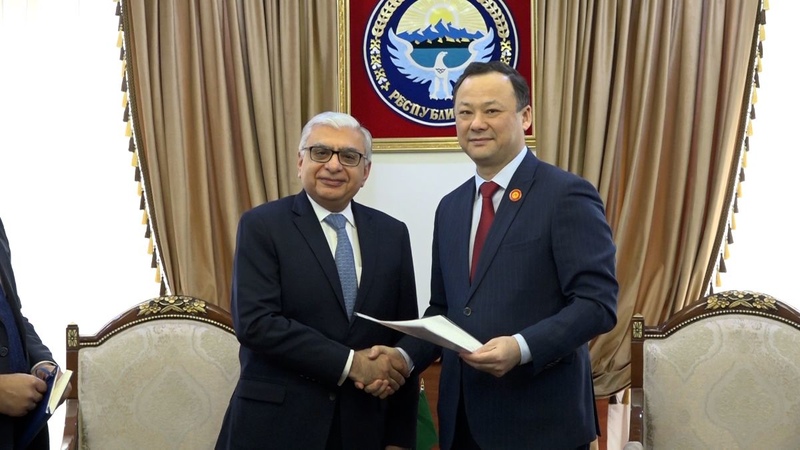 AKIPRESS.COM - Dr. Barkat Fazal, the incoming Diplomatic Representative of the Aga Khan Development Network (AKDN) in the Kyrgyz Republic, presented copies of his credentials to Foreign Minister Ruslan Kazakbaev earlier today at the Ministry of Foreign Affairs in Bishkek.

The two sides discussed on-going collaboration between the AKDN and the Kyrgyz Republic in various sectors, including education, access to financial services, rural development, and culture, as part of their efforts to improve the quality of life of the peoples in the country.

Foreign Minister Kazakbaev noted that this year the AKDN and Kyrgyz Republic were commemorating the 20th anniversary of their formal bilateral relations. Accordingly, on behalf of the Government of the Kyrgyz Republic, the Minister conveyed appreciation to AKDN for its continuous support, particularly its work in the remote mountain areas of the country. This was especially relevant given the declaration by H.E. President Sadyr Japarov of 2022 as the Year of Mountain Ecosystems Protection and Climate Resilience and the designation by the United Nations of 2022 as the International Year of Sustainable Mountain Development.

Dr Fazal reaffirmed the AKDN’s commitment to continued cooperation with the Government to improve the quality of life of the peoples of the country.