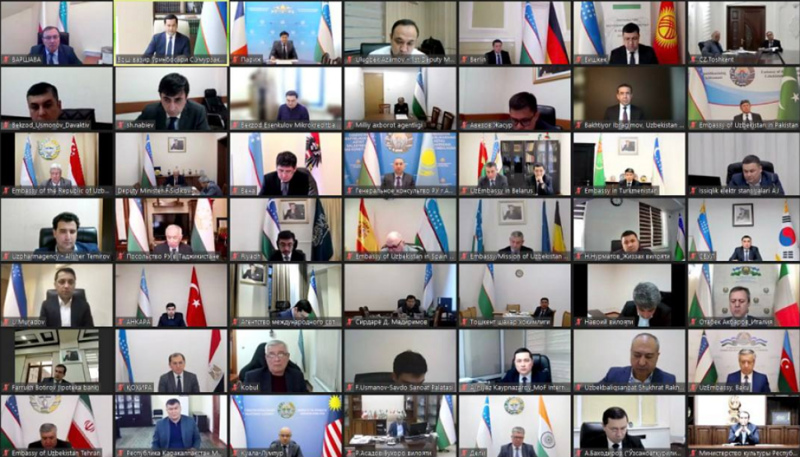 AKIPRESS.COM - A meeting of the Organizing Committee on preparations for the Tashkent International Investment Forum (TIIF) was held via videoconference under the leadership of Deputy Prime Minister – Minister of Investments and Foreign Trade of Uzbekistan Sardor Umurzakov, UzA reported.

According to the Ministry of Investments and Foreign Trade (MIFT), at the meeting, the progress of the implementation of measures to prepare for the event was considered – the heads of relevant ministries, agencies, diplomatic missions of Uzbekistan abroad and local authorities of Karakalpakstan, regions and Tashkent reported on the ongoing work and provided information on the current state of working out organizational and substantive issues in various areas.

At the meeting, several issues were voiced, the solution of which requires prompt coordinated actions of the relevant ministries and agencies. Interaction algorithms were developed, and responsible managers were given targeted instructions.

The business program of TIIF events was also considered and measures to fill it with practical content were discussed, bearing in mind the formation of lists of specific investment and trade agreements to be signed on the sidelines of the forum.

The need for complying with all the sanitary and epidemiological measures to ensure the safety of participants and guests of the event was emphasized.