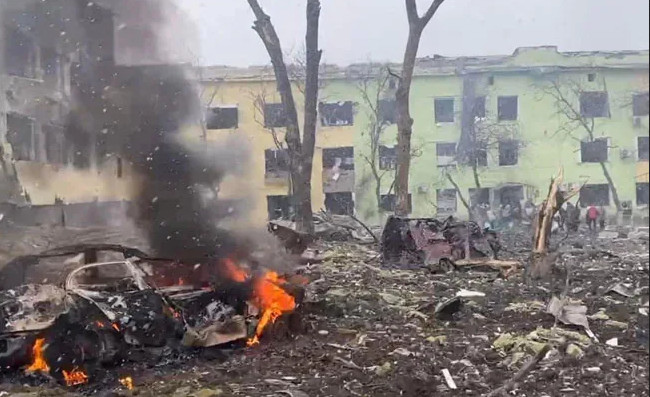 AKIPRESS.COM - India has told the UN Security Council that any matters relating to obligations under the Biological and Toxin Weapons Convention should be addressed through consultation and cooperation between the parties concerned, as the top organ of the world body discussed the issue of alleged biological laboratories in Ukraine, NDTV reported.

The Russian request for the Security Council meeting followed a US rejection of Russian accusations that Ukraine is operating chemical and biological labs with American support.

“We have repeatedly expressed serious concern over the ongoing situation in Ukraine,” India's Permanent Representative to the UN TS Tirumurti said.

Speaking at the UN Security Council briefing on Ukraine: Reports of Biological Programmes on Friday, he said India has noted the recent statements by States and wider information regarding biological activities relating to Ukraine.

“In this context, we would like to underline the importance attached by India to the Biological and Toxin Weapons Convention (BTWC) as a key global and non-discriminatory disarmament Convention, prohibiting an entire category of weapons of mass destruction,” he said.

The Indian Ambassador stressed that it is important to ensure full and effective implementation of the BTWC in letter and spirit. “We also believe that any matters relating to obligations under the BTWC should be addressed as per the provisions of the Convention, and through consultation and cooperation between the parties concerned,” he said.

Russia requested the meeting to discuss claims it made of chemical and biological weapon labs in Ukraine supported by the US. First Deputy Permanent Representative of Russia to the UN Dmitry Polyanskiy tweeted that "Russian Mission asked for a meeting of #SecurityCouncil for 11 March to discuss the military biological activities of the US on the territory of #Ukraine".

Tirumurti said India sincerely hopes the “ongoing direct negotiations between Russia and Ukraine would lead to cessation of hostilities.

“There is no other alternative except the path of diplomacy and dialogue. The dire humanitarian situation needs immediate and urgent attention,” he said.

India once again called upon member states to adhere to the principles of the UN Charter and international law and respect the sovereignty and integrity of states.