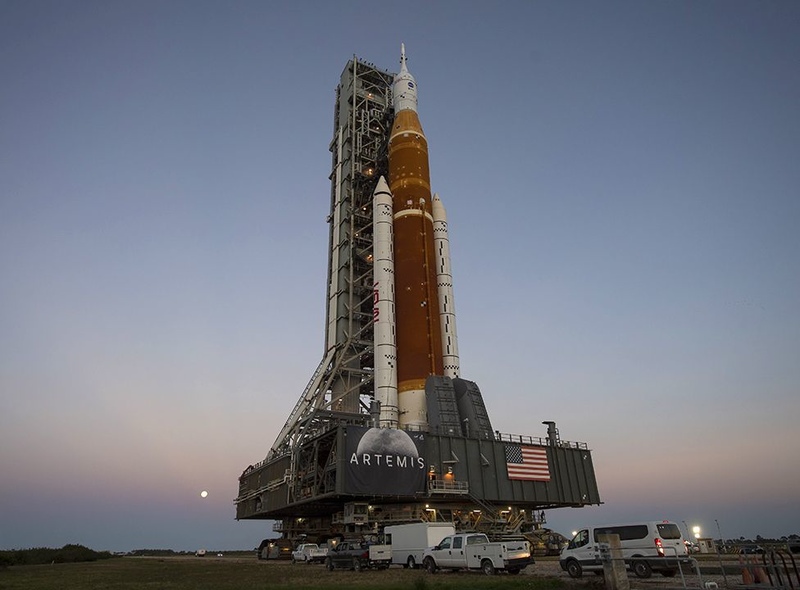 AKIPRESS.COM - The American space agency has rolled out its new giant Moon rocket for the first time.

The vehicle, known as the Space Launch System (SLS), was taken to the pad at the Kennedy Space Center in Florida to conduct a dummy countdown, BBC reports.

If that goes well, the rocket will be declared ready for a mission in which it will send an uncrewed test capsule around the Moon.

This could happen in the next couple of months.