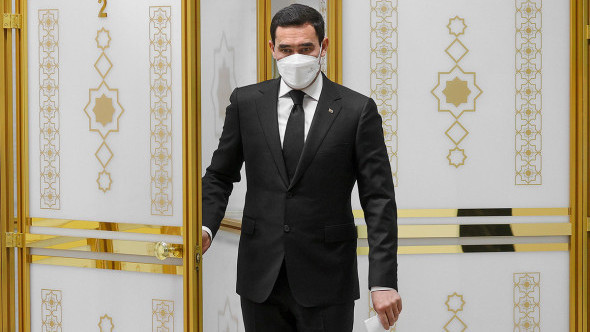 AKIPRESS.COM - The inauguration of the President-elect of Turkmenistan Serdar Berdimuhamedov took place in Ashgabat on March 19, official Turkmen media report.

Snap presidential election took place on March 12. The voter turnout was 97.17% or 3,362,052 people cast their ballots. The CEC, after counting all the ballots, announced the victory of the candidate from the Democratic Party, Serdar Berdimuhamedov, who won 72.97% of the votes.

Presidential elections in Turkmenistan are held every seven years.