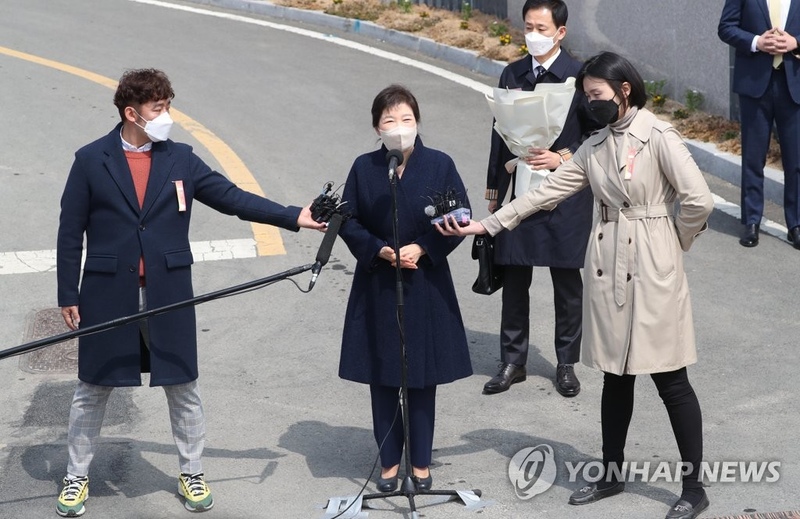 Park, 70, became the country's first democratically elected leader to be forced from office when the Constitutional Court upheld a parliament vote in 2017 to impeach her over a scandal that also landed the chiefs of two conglomerates, Samsung and Lotte, in jail.

"As president, I tried to work hard for the country and the people but there are many dreams that were not achieved," Park, dressed in a dark navy coat and holding a purse, told hundreds of cheering supporters after arriving at her home in the southeastern city of Daegu.

"But those dreams are tasks for others," Park said, signaling no intention of returning to the political fray. "I will provide support so that talented people can contribute to the development of my hometown of Daegu and the country."