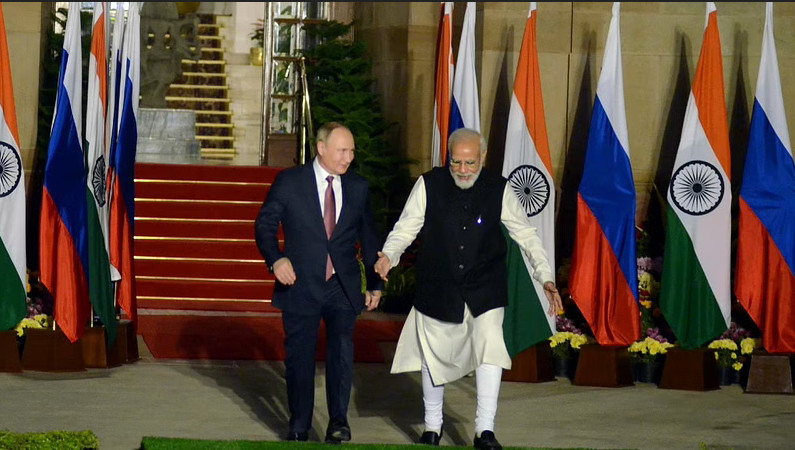 AKIPRESS.COM - Even as the U.S and its allies imposed sanctions on Russia in the wake of Ukraine conflict, the Narendra Modi government in India has apparently approved a proposal from Moscow that will allow it to invest in debt securities of Indian companies, The Print reported.

According to the proposal, Russian government officials asked their Indian counterparts to relax India’s External Commercial Borrowing (ECB) framework, which will allow Russian entities to invest in bonds of Indian companies, and pay for these investments through an account with the Reserve Bank of India (RBI) that has existed since before the collapse of the Soviet Union three decades ago.

The RBI account is estimated to have an accumulated balance of Indian rupees 2,000 crore from pending payments for defence purchases made from Russia. “The money has accumulated over a period of time,” Indian officials said.

Explaining the mechanism, an official said if an Indian entity raises money by issuing masala bonds, a Russian entity can invest in these bonds, and the payment for these investments can be set off against the money lying with the RBI.

Masala bonds are Indian rupee-denominated bonds issued overseas by Indian companies. They are debt instruments that help companies raise money in India’s currency from foreign investors. Both government and private entities can issue these bonds.

Since the collapse of the Soviet Union, the Indian and Russian governments have used this payment mechanism by activating the RBI account only twice before — once in 1993, then in 2003.

“This is also some sort of rupee-rouble arrangement that exists between the governments from before”.

“India here is purely acting in what is in its interest. There is a rupee-rouble mechanism that has existed from the Soviet era, this proposal is merely reactivating that mechanism”.

“How it worked was India held some rupees owed to Russia and Russia would hold on to some roubles owed to India. Both countries would deposit this money in their local banks, for example, the State Bank of India. And then conversion would happen in a neutral account,” Indian officials added.

India has abstained from United Nations votes on the Russia-Ukraine crisis, calling instead for an “immediate cessation of violence”, and emphasising dialogue as the way out of the dispute.

Earlier, US President Joe Biden said that India — an “exception” among major US allies — “has been somewhat shaky” on Western sanctions imposed on Russia for initiating actions on Ukraine.

India and Russia have been discussing within the government regarding a fresh rupee-rouble mechanism for payments between the two countries. “These discussions are still going on, but no formal proposal has been made yet,” a government official added.

In the meantime, the Indian government, will be using the old rupee-rouble mechanism for government-to-government transactions. Under this system, India paid in rupees for the items it purchased from Russia, equivalent to the value of the product in roubles.

The rupee-rouble mechanism also worked in the form of a traditional barter system, under which Russia could import items from India worth the same value that New Delhi would procure from Moscow.