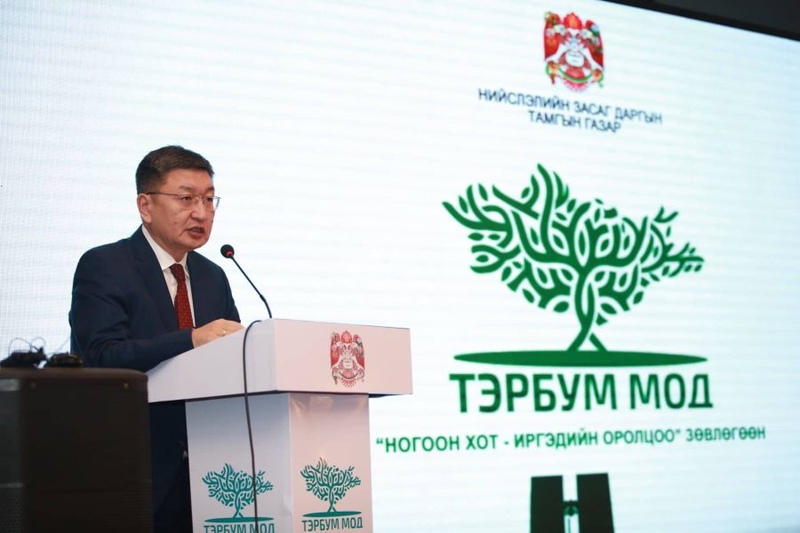 AKIPRESS.COM - n the framework of the One Billion Trees national movement initiated by the President of Mongolia, 120 million trees will be planted and grown in the capital city, Montsame reports citing mayor of Ulaanbaatar D.Sumiyabazar.

Within its frames, a discussion was held on certain matters such as the general plan for the national movement, policy on green space, capacity building for organizations specializing in forestry, public-private partnership, participation of citizens and entities, and financing.

Support will also be provided for tree nurseries through the One Billion Trees national movement. Furthermore, it is important for citizens to have sufficient knowledge and skills as well as attitude and initiative, said mayor of Ulaanbaatar D.Sumiyabazar.

A quarter of the capital city’s territory is taken up by forests, which is 5.1 square meters of green space per person.

During the discussion, Minister of Environment and Tourism B.Bat-Erdene noted how he believes that it is necessary to acquire land for tree-planting, appropriately regulate land compensations, and address the matter in tax policy in order to create a green city.

The discussion themed, ‘Green City, Citizens’ Participation’, was attended by representatives of public and private organizations, scientific institutions, international organizations, and the public.