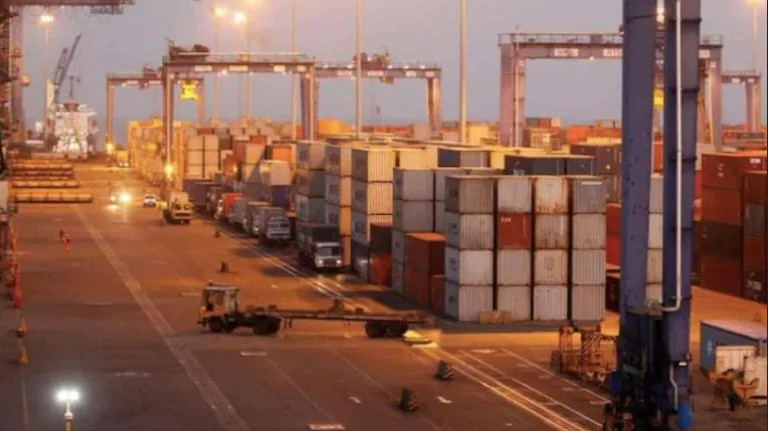 “India set an ambitious target of $400 billion of goods exports & achieves this target for the first time ever. I congratulate our farmers, weavers, MSMEs, manufacturers, exporters for this success,” Modi said in a tweet.

“This is a key milestone in our Aatmanirbhar Bharat journey. #LocalGoesGlobal”,” the prime minister said.

Economic recovery from the pandemic in the US has also helped India achieve the $400-billion mark for exports for the first time in any fiscal year.

According to the preliminary data compiled by the India’s Department of Commerce, the South Asian exported goods worth $73 billion to the US from April 1 to March 21 — up 47 per cent, compared to last year. The US’ share of exports, compared to total exports, stood at 18.2 per cent. The country is also India’s largest trading partner and export destination.

On Monday, Indian government said it had exported goods worth $400 billion ahead of schedule — 37 per cent higher than the earlier fiscal year. The government is confident of clocking exports worth $410 billion by March 31, given that India has been exporting goods worth roughly $1.3 billion per day.

However, India’s exports to China grew at a relatively slower pace due to disruptions caused by a ‘stealth’ variant of Omicron, triggering lockdowns in several regions of the neighbouring country.

During the first 11 months of the fiscal year, outbound shipments to China grew at 7 per cent, with shipments valued at $19.8 billion. This translates into meeting 90 per cent of the annual target set for sending goods to China at $22 billion by the end of the month.

According to an official, one of the reasons for a slowdown in exports to China could be because of a drop in the import appetite of China. That would have been fuelled by disruptions due to the resurgence of Covid-19. “Import clearance is also taking enormous time in China,” said the official.

Apart from recovery in the Western markets after disruption caused by Covid-19, higher exports are also a result of other factors, including rise in commodity prices through last year, as well as marginal weakening of the domestic currency.

As far as commodities are concerned, export growth in 2021-22 is buoyed by higher demand for engineering goods, followed by petroleum products, organic and inorganic chemicals, and textiles.

According to the data seen by Business Standard, India exported engineering goods worth $107.8 billion from April 1, 2021, to March 21, 2022 — up 46.5 per cent year-on-year (YoY) — achieving the entire year’s target. It also comprises more than a fourth of the total goods exported.

Industry officials said that while engineering goods have been always one of the top exported items from India, growth this year can be attributed to pent-up demand after almost a year of lull due to the outbreak of the pandemic in early 2020. The US, China, United Arab Emirates, Italy, and Germany are the top five export destinations for the product category.

Petroleum products, comprising 15 per cent of total exports. Higher exports of petroleum products were also a result of higher crude oil prices, with the current trigger being the ongoing conflict between Russia and Ukraine.

Engineering and Export Promotion Council of India Chairman Mahesh Desai said there has been an overall increase in global demand and exports across the globe, which, in turn, has also accelerated growth in India’s engineering exports.

“Another reason for this sharp export growth is the ‘low baseline effect’ as the pandemic led to significant shrinkage in exports in the last year,” Desai told Business Standard.

On average, goods worth about $ 33 billion were shipped every month and about $ 1.3 billion every day.