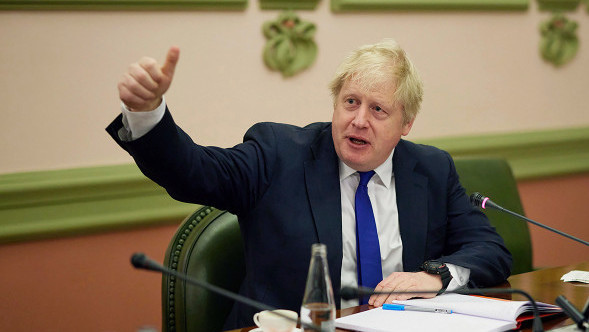 Johnson and Austria's Chancellor Karl Nehammer made separate visits to Zelensky on Saturday.

A photograph tweeted by Ukraine's Embassy to the UK showed Johnson seated opposite Zelensky at a table in a pink and green stuccoed room. The post was captioned with the word "Surprise" and a winking face emoji.

The Press Service of the National Security and Defense Council of Ukraine said on its official Twitter account that the two leaders had held talks in Kyiv, posting several photographs of the pair's previously unannounced meeting.