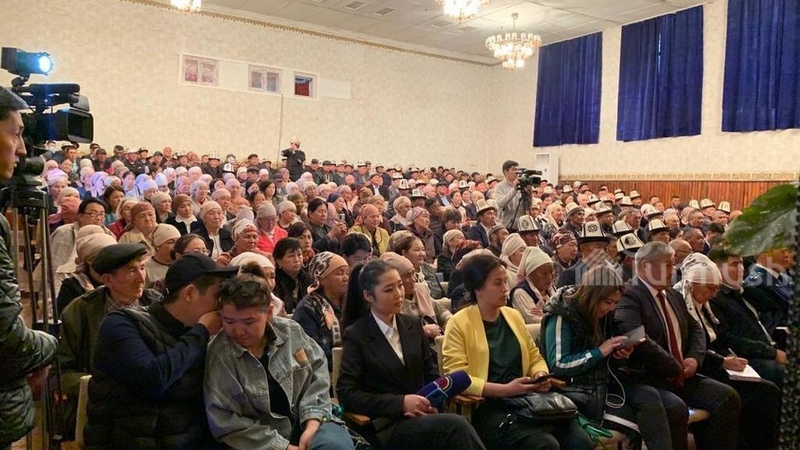 AKIPRESS.COM - Governor of Osh region Ziyadin Jamaldinov met with residents of the Alai district on April 14.

During the discussions, a resident of Kum-Shoro village Bazarbai Tobokalov raised the problem of the emergency condition of the local school, which has about 140 children. This school was built many years ago and declared emergency by the Ministry of Emergency Situations. "The walls look like they're about to collapse. The building is made of mud," he said.

He said locals already raised this problem to the local authorities, but there was no result. "There is also no bridge over the river, which makes it difficult to cross. I ask to consider and solve these issues," he said.

Damir Kalykberdiyev, head of the Osh region's Department of Capital Construction, said that funds for the school construction are not yet available and allocation of money may take years.

According to head the Alay district Kanybek Apazov, there are 7 emergency schools in the district in total.