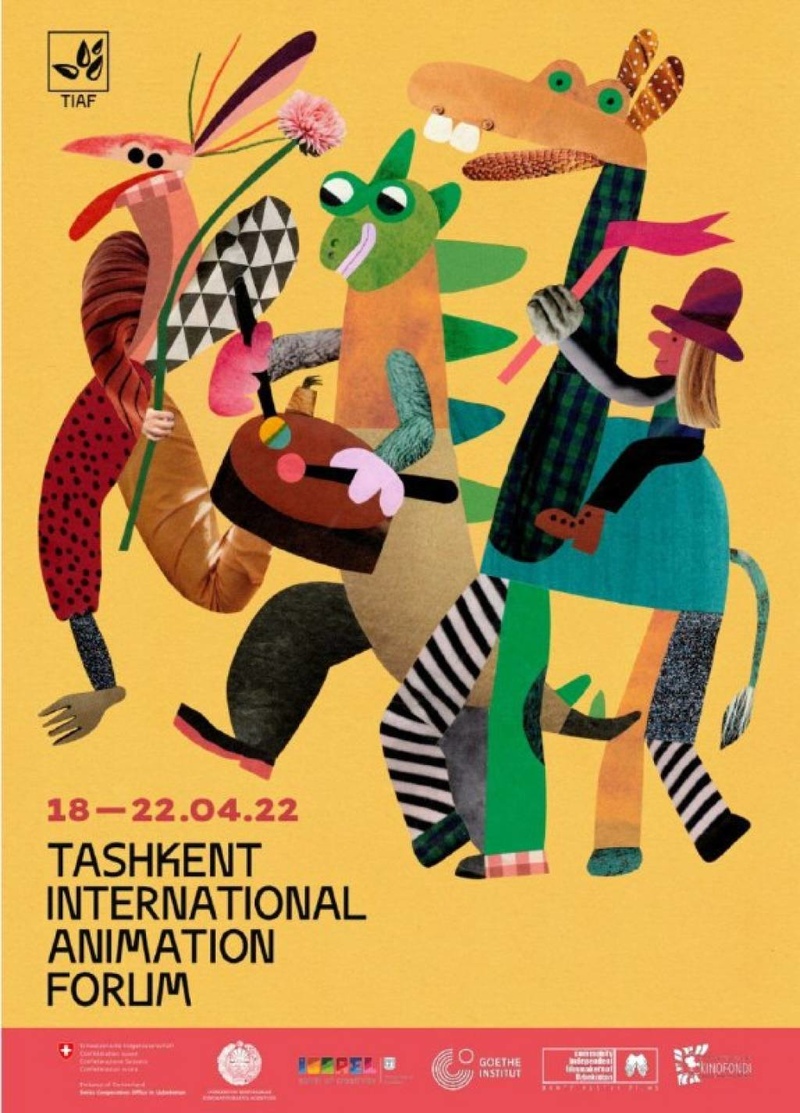 The initiative to hold the event belongs to the Cinematography Agency of the Republic of Uzbekistan, supported by the embassies of Switzerland and Israel in the country, the Goethe Institute in Tashkent, Uzbekistan National Film Fund, the National Cinematography Development Center, the Bazelevs film company and the film studio “DRF” Community Independent Filmmakers of Uzbekistan”.

According to the Cinematography Agency, the forum will be attended by specialists from Azerbaijan, the Czech Republic, Georgia, Germany, Israel, Kazakhstan, Kyrgyzstan, Russia, Tajikistan, Ukraine, and Uzbekistan animators and representatives of the Aqlvoy and Bolajon TV channels.

The forum will include presentations, master classes, creative meetings, and several other events. Animation specialists from almost 10 countries will conduct workshops.

Within the framework of the forum, Uzbek cartoons, which were returned to the country in the form of reference negatives, will be shown to the general public for the first time. A new issue of the humor magazine “Zumrasha” by the Yoshlik studio and the best cartoons created by foreign animators will be presented.

During the forum, which will run until April 22, several events will be held in the regions. Children will watch cartoons on various themes, and participate in master classes, communicate with teachers and professional animators. The works of the Association of Animation Studios of Uzbekistan, the studios White Line, Astir Animation Studio, Futurist Studio, Dip Animation Studio, and foreign animation studios will be presented for them.

Films created by young animators for a teenage audience will be also presented.