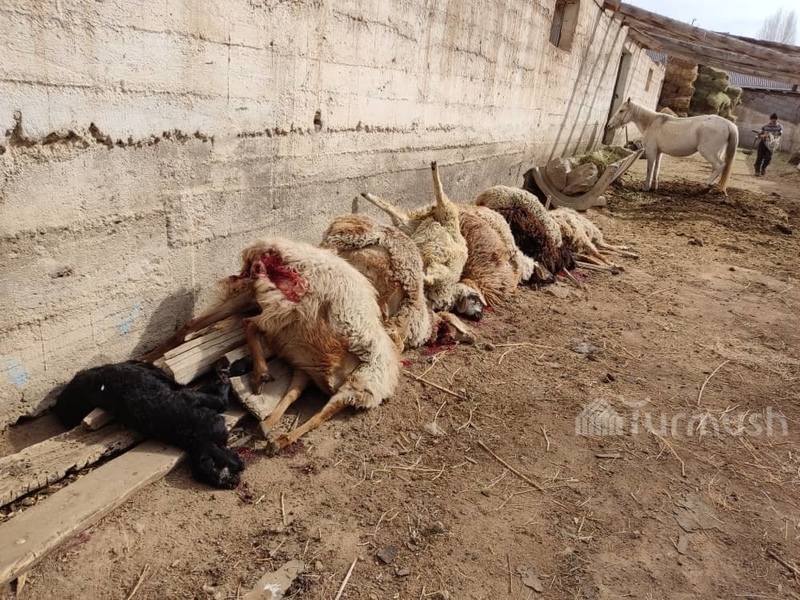 AKIPRESS.COM - Local shepherds in Kochkor district of Naryn region are complaining that lynxes are slaughtering their lambs and sheep.

Adilet Aitkul uulu, a shepherd from Ak-Jar village, told Turmush that lynxes are very flexible and sneak into the barns at night where sheep are kept and attack them.

"Since winter, these predators have killed 45 small livestock head: 26 sheep, 4 goats, and about 15 lambs. They have killed about 15 small livestock of neighbors. We could have shot wolves if they were attacking farm animals, but we have no right to touch the lynxes. I do not even know what to do," said Aytkul uulu.

Lynx is included in the Red Book of Endangered Species of Kyrgyzstan. Since 1986, it's banned to shoot these wild animals in Kyrgyzstan.

Bobcats belong to the cat family, but they are many times larger. Their body length can reach 1.5 meters. They hunt mostly at night, running fast and jumping over trees. During the day, they hide near large rocks in the mountains or in forests.