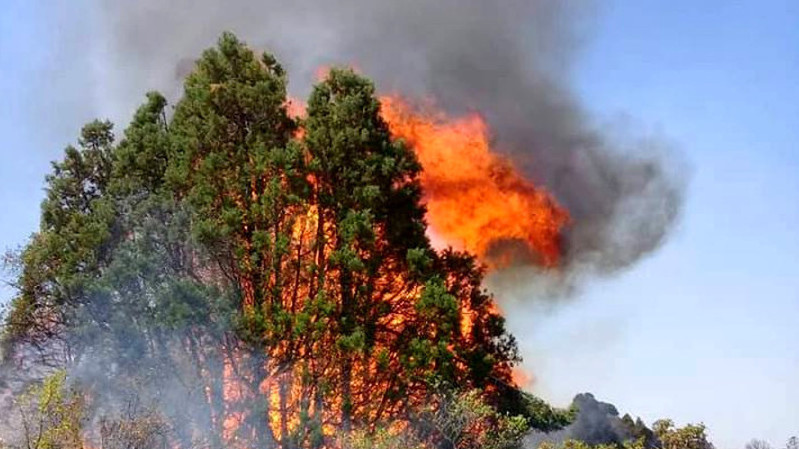 The steppe fires broke out on Monday in the eastern Mongolian provinces of Dornod and Sukhbaatar, burning 560,000 hectares of land so far, the government's press office said in a statement.