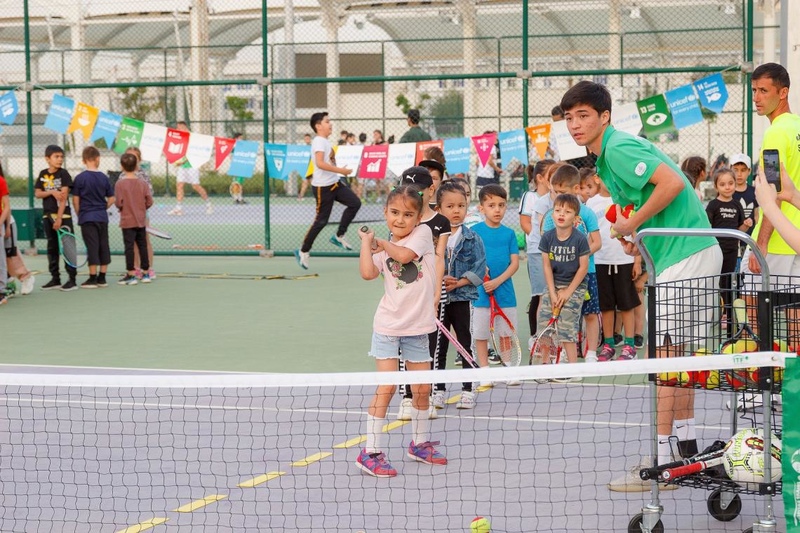 AKIPRESS.COM - The Children's Tennis Festival was held by the Tennis Federation of Turkmenistan in partnership with the United Nations Children's Fund (UNICEF) in Turkmenistan.

The festival has become another platform to promote a healthy lifestyle and popularize sports among the younger generation of Turkmen citizens.

As part of the festival, which was also dedicated to the World Health Day and the 30th anniversary of the Federation, young athletes took part in tennis competitions among various age groups. In total, 150 children and teenagers took part in the tournament, and the winners received prizes from the Representatives of the Tennis Federation and UNICEF.

In the second part of the event, which was held in the format of an open lesson, all interested children, regardless of their preparation, could try themselves as tennis players, take part in master classes and competitions, and receive memorable prizes and souvenirs from the organizers. The sports festival and the positive spirit of the event attracted more than 300 of the youngest residents of the capital, many of whom already want to regularly attend tennis lessons.