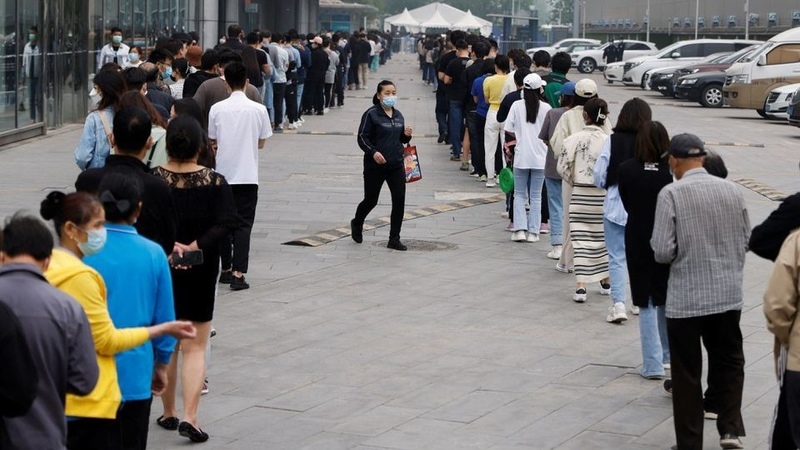 AKIPRESS.COM - The Chinese capital Beijing has kicked off mass testing for millions of residents after a spike in Covid cases, BBC reported.

The Chaoyang district reported 26 cases over the weekend - the highest number so far in Beijing's latest surge.

Long queues outside supermarkets and shops were seen despite government assurances there is sufficient food.

It comes amid fears that Beijing could face a similar situation to Shanghai, which has seen some 25 million people shut in their homes for weeks.

All 3.5 million residents in Chaoyang, Beijing's most populous district, will undergo three rounds of mass testing, according to a notice by the city's disease prevention team.