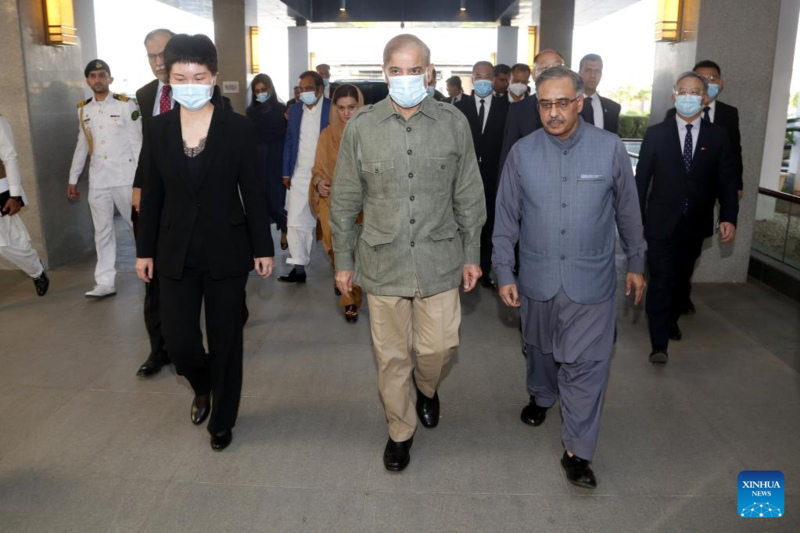 Pakistani Prime Minister Shahbaz Sharif visits the Chinese Embassy in Islamabad to express his deepest condolences to the families of victims and the government and people of China after the terrorist attack inside a university, Islamabad, April 26, 2022.

AKIPRESS.COM - China strongly condemned the terrorist attack Tuesday afternoon inside a university in Pakistan's southern port city of Karachi, the Chinese Embassy in Pakistan said in a statement, Xinhua reported.

An explosion ripped through a shuttle passenger van of the Confucius Institute at the University of Karachi, leaving three Chinese teachers killed and one Chinese teacher injured so far, the statement said.

"The Embassy and Consulates General of China in Pakistan express deep condolences to the victims from both countries and sincere sympathy to the injured and the bereaved families, and will make every effort to handle the incident with the Pakistani side," the statement said.

The Chinese embassy and consulates general in Pakistan has launched an emergency plan immediately, requesting the Pakistani side to make every effort to treat the wounded, thoroughly investigate the attack, and severely punish the perpetrators, said the statement.

After the terrorist attack, Pakistani Prime Minister Shahbaz Sharif visited the Chinese Embassy in Islamabad Tuesday afternoon to express his deepest condolences to the families of victims and the government and people of China.

Strongly condemning the attack, Shahbaz said he is deeply grieved by the loss of precious lives of the Chinese friends in the heinous terrorist attack in Karachi.

The prime minister said he has instructed that the attack be thoroughly investigated and the perpetrators brought to justice, adding that the Pakistani side will provide all possible assistance to the injured.

Pakistan condemns terrorism in all its forms and manifestations, said Shahbaz, adding that such vicious acts against the all-weather strategic cooperative partnership between Pakistan and China will never dent the iron brotherhood between the two countries or hinder bilateral cooperation