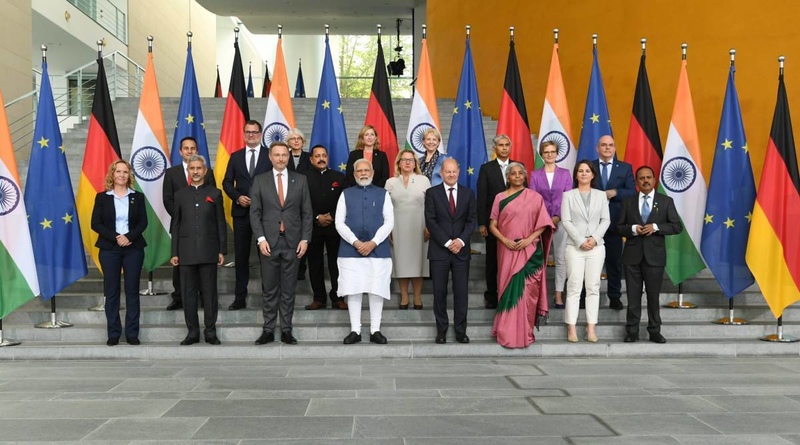 Talking about the crisis in Ukraine, he said, “No country can emerge victorious in Ukraine conflict. We are for peace, appeal to end the war.” Prime Minister Modi refrained from criticising Russia during his interaction with Chancellor Scholz.

On the economic side, PM Modi noted that a migration and mobility partnership will facilitate the movement of people and Germany will benefit from Indian skilled professionals just like other countries.

"Delighted that the first Inter-Governmental Consultations of this Govt took place with Indian Government. To me it's a sign of the special quality of our relationship," Chancellor Scholz said.

"I repeat my appeal to President Putin to withdraw troops from Ukraine," German Chancellor Olaf Scholz said in Berlin after meeting with PM Modi.

The differences on Russia, however, did not impact other aspects of bilateral ties of the two countries. Chancellor Olaf Scholz formally invited PM Modi to attend the G-7 summit in the Bavarian Alps in June this year, scotching earlier speculation that it may be kept out for not condemning Russia outright.

After the biennial Indo-German Inter Governmental Commission that was co-chaired by Modi and Scholz and attended by senior Ministers from both sides, including India’s Finance Minister Nirmala Sitharaman, External Affairs Minister S Jaishankar and National Security Adviser Ajit Doval, the two sides signed nine agreements, three of them in virtual mode.

Among them are to work towards agreements to improve migration and mobility, exchange of classified information, development cooperation projects in third countries and setting up a green hydrogen task-force.

During his trip to Europe, PM Modi will head to Denmark and meet Danish PM Mette Frederiksen in Copenhagen —and also participate in the Second India-Nordic Summit with the prime ministers of Denmark, Iceland, Finland, Sweden and Norway on Tuesday. On the way back on Wednesday, Modi will make a brief stopover in Paris for a meeting with French President Emmanuel Macron.

Modi’s first foreign trip this year comes at a time when a war in the heart of Europe has upended seven decades of global order.

India and Germany have a ‘Strategic Partnership’ since May 2000, and it has been strengthened with the launch of the Inter-Governmental Consultations (IGC) in 2011 at the level of heads of government. India is among a select group of countries with which Germany has such a dialogue mechanism.