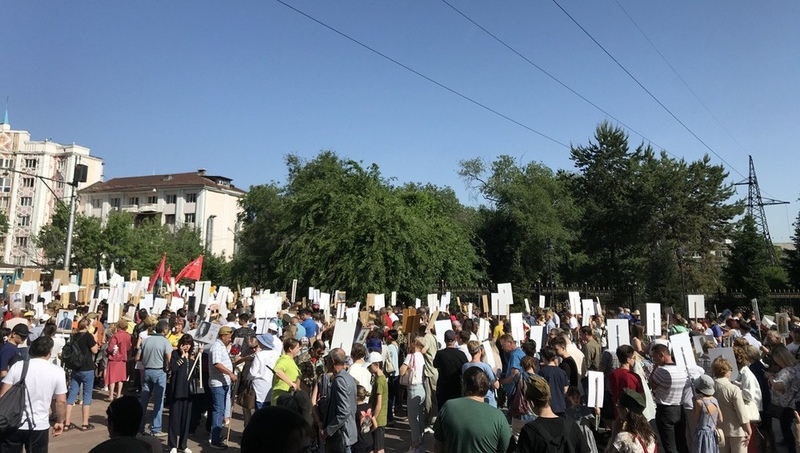 AKIPRESS.COM - On May 9, thousands of people took part in the Batyrlarga Tagzim march in Almaty, reports Orda.kz.

Earlier, it was reported that the Immortal Regiment march was renamed Batyrlar Tagzim (Bow to the heroes).

The starting point was the Central Recreation Park in Almaty and the end point was the Memorial of Glory, where the participants laid flowers.