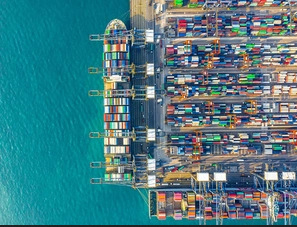 If the proposal is accepted, Indian exports to Russia are expected to witness a surge. The Bank of Russia and the Reserve Bank of India (RBI) are examining how to make this workable and at the same time comply with international sanctions.

“Officials of the two central banks have met twice and continue to be in talks, although the final decision has not been reached,” one of the persons associated with the talks told Economic Times on condition of anonymity.

Russian representatives have also submitted an album of signatures by Russian banks and dignitaries, a key document that helps authenticate the practice of paper LCs to the RBI. If the local Russian embassy can validate such an album, it should help earn the RBI’s comfort level.

“If the practice of physical hard copy or paper LC is revived and accepted by the RBI soon, it will support the state credit debt rupee mechanism, which in turn holds huge potential for Indian exporters, particularly after the global economic sanctions on Moscow,” said Sachin Bhansali, Director, Girnar Food & Beverages.

The state credit mechanism originated during the erstwhile USSR regime when the Soviet Union supported India by supplying essential items which were required for the development of infrastructure, energy and defence.

When the USSR was split, there was a bilateral agreement between Russia and India regarding a sovereign loan India had taken. India keeps repaying in rupees to an RBI account held by VEB Bank, the Russian development bank. Repayment term will be over by 2037, according to people aware of the matter.

A Russian importer has an advantage in paying Indian exporters via such a route. It pays about 90 cents against $100 to its local bank, which in turn asks the RBI to debit rupees equal to $100 and credit to the Indian exporter’s account.

Russia buys 43-45 million kg of tea from India annually. It imports hundreds of thousands of tons of non-basmati rice from India. Coffee, tobacco, fertilisers and pharmaceuticals are other items of export from India to Russia.