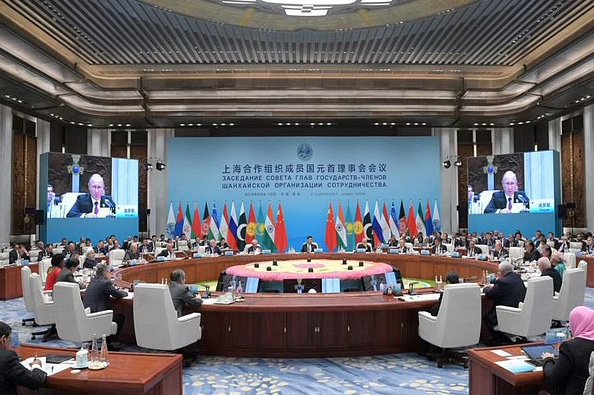 A major focus of the discussions was to be on the situation in Afghanistan, especially in dealing with the threat from terrorist groups active in the Taliban-ruled country, and the threat of narcotics smuggling, people familiar with the meeting said.

The participating countries vowed to work towards ensuring that Afghanistan does not become a safe haven for global terrorism and called for the formation of an "open and truly inclusive" government in Kabul with representation from all sections of Afghan society.

India has shown keen interest in deepening its security-related cooperation with the SCO and its Regional Anti-Terrorism Structure (RATS) which specifically deals with issues relating to security and defence.

Afghan envoy Farid Mamundzay thanked India for hosting the key meeting of the SCO’s RATS in New Delhi . "The security & humanitarian situation has worsened in Afghanistan over the past 9 months," he tweeted.

We expect this meeting to raise and propose solutions to all important issues related to the security situation in Afghanistan. Sincere regional security cooperation particularly from neighbouring countries is the only way forward for peace & development in Afghanistan and in the region, Mamundzay added.

A three-member Pakistani delegation is participating in the meeting. This is the first delegation from Pakistan to visit India since a new government took charge in Islamabad recently under Prime Minister Shehbaz Sharif.

SCO’s RATS, based in Tashkent, is a permanent body of the grouping for countering terrorism, extremism, and separatism in the Eurasian region.

India is the current chair of the executive council of SCO RATS. Director of SCO RATS Ruslan Mirzaev visited India earlier this year and held talks with India’s National Security Adviser Ajit Doval and the Minister of State in the Ministry of External Affairs Meenakshi Lekhi.

India will be hosting the SCO RATS council meeting this October. New Delhi has also proposed holding a SCO joint anti-terrorist exercise in Manesar near Delhi this year.