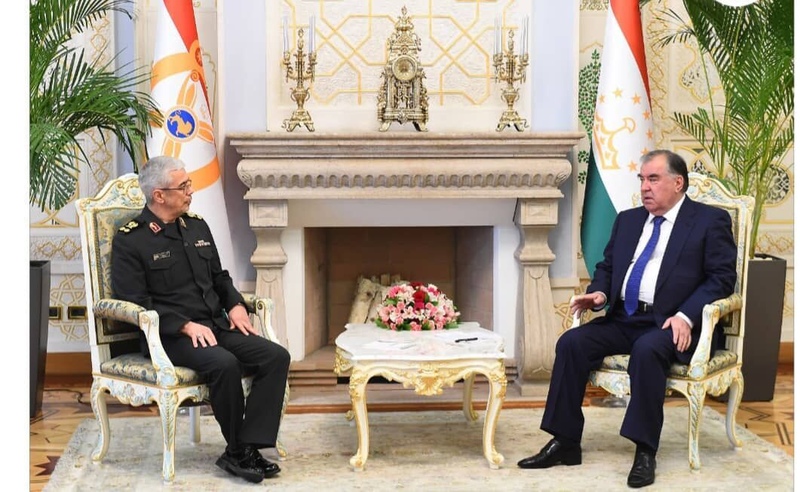 AKIPRESS.COM - Chief of Staff of Iranian Armed Forces Major General Mohammad Bagheri and Tajikistan’s President Emomali Rahmon, in a meeting in Dushanbe on Tuesday, stressed the need for joint efforts of Iran and Tajikistan to establish peace and security in Afghanistan, IRNA news agency reports.

Bagheri met with the Tajik president on the second day of his visit to Dushanbe.

Speaking during the meeting, President Rahmon noted that historical common grounds and the same language used by the two nations have provided a unique chance for further enhancement of bilateral relations in different defensive, military, cultural, political, and economic areas.

Referring to the inauguration of an Iranian factory for building drones in Tajikistan, he said that the armed forces of his country welcome any kind of defensive and military cooperation with Iran.

In the meantime, the Iranian side referred to the strategic position of Iran and Tajikistan in the region and said that expansion of different military cooperation with Tajikistan is high on the agenda of Tehran.