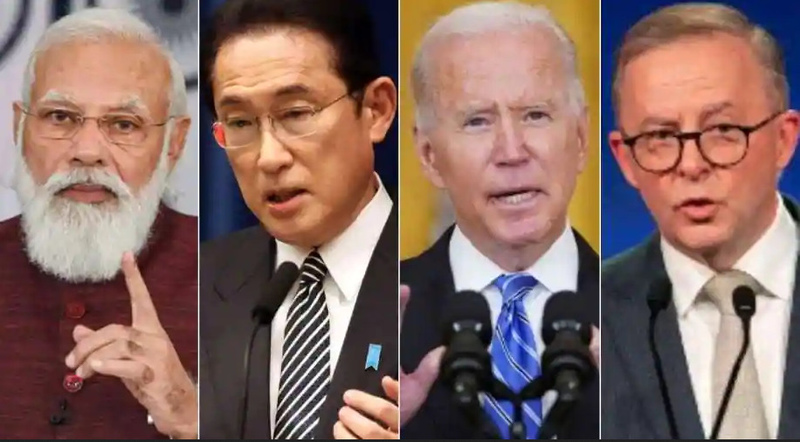 AKIPRESS.COM - India is all set to join the US-led Indo-Pacific Economic Forum (IPEF) — a mega “economic arrangement” that will be launched by the U.S President Joe Biden during QUAD summit to be held in Tokyo on May 24.

President Biden will be extending an invitation to India’s Prime Minister Narendra Modi to join the IPEF when they meet next week in Tokyo for the Quad Summit.

Apart from the US and India, the IPEF will also have Australia, Indonesia, Japan, Malaysia, New Zealand, the Philippines, Singapore, South Korea, Thailand, and Vietnam as members. More members could be added later.

According to official sources, India and the US reached an understanding during India’s Finance Minister Nirmala Sitharaman’s visit to the US last month. It was agreed then that although the IPEF will demand “high standards” by way of establishing and maintaining trade facilitation, supply-chain resilience, and infrastructure, it will nevertheless be a “strategic move” for rules based trade.

India was said to be initially reluctant to join the IPEF, as it is keener on having a bilateral trade pact with the US and plurilateral agreements under the Quad, which consists of Australia, India, Japan and the US.

India already has bilateral trade agreements with all members of the Quad except the US. According to officials, India had been pushing for a larger free trade agreement (FTA) — a pact that countries sign to reduce trade barriers — within the Quad as that would mean dealing with a small number of countries, and would also enable it to enhance its trading standards, The Print reported.

However, New Delhi now believes that although the IPEF is not an FTA per se, it will nevertheless help India face up to RCEP challenge, as China plays a competitive role in the supply-chain linkages in Asia under the Regional Comprehensive Economic Partnership (RCEP), which came into effect on 1 January 2022.

Addressing a press conference on May 18 (Wednesday), US National Security Adviser (NSA) Jake Sullivan confirmed that, during his trip to Tokyo next week, President Biden will launch the IPEF, which he described as “a new, ambitious economic initiative for the region”.

Sullivan said the IPEF is a “21st-century economic arrangement, a new model designed to tackle new economic challenges — from setting the rules of the digital economy, to ensuring secure and resilient supply chains, to managing the energy transition, to investing in clean, modern, high-standards infrastructure”.

He also added that the Indo-Pacific Economic Framework message will be heard everywhere.

Prabir De, a professor at the Research and Information System for Developing Countries (RIS) and coordinator of the ASEAN-India Centre (AIC) at the RIS, said “India should not miss the IPEF moment”.

“The IPEF will fill up the gap in RCEP or CP-TPP (Comprehensive and Progressive Agreement for Trans-Pacific Partnership) — both purely trade liberalisation initiatives where India and the US were absent,” he added.

“The IPEF may garner interest if it is turned into a real economic programme instead of merely advancing the US security objectives,” he said. The focus of the IPEF, De added, “is on seven aspects, and some of them are important for India such as trade facilitation, particularly for SMEs (small & medium enterprises), standards for a digital economy and technology, supply-chain resilience, and clean energy infrastructure”.

According to a report by the Washington-based Center for Strategic and International Studies (CSIS), the Biden administration has “portrayed the IPEF to domestic stakeholders as an initiative that will allow the United States to make a strong presence in the Indo-Pacific region”.