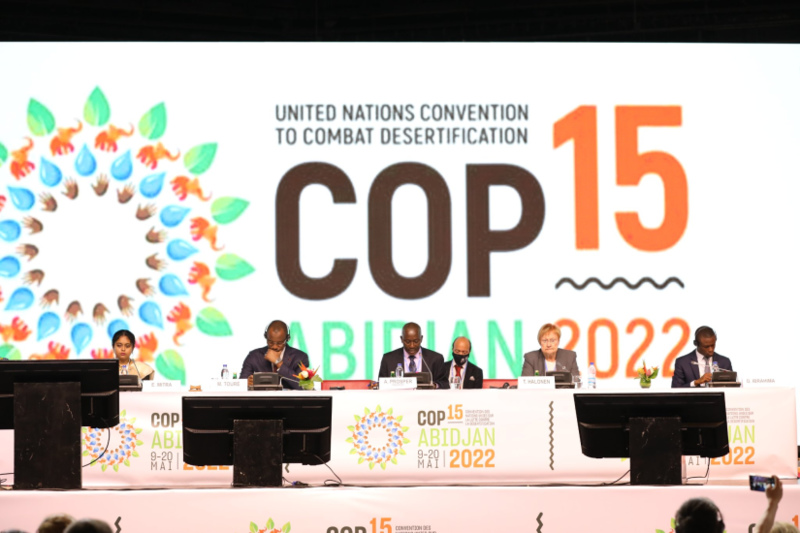 AKIPRESS.COM - The 15th session of the Parties of the Conference of the Parties (COP15) of the United Nations Convention to Combat Desertification (UNCCD) was held on May 9-20 in Abidjan, Côte d’Ivoire.

COP15 brought together leaders from governments, the private sector, civil society, and other key stakeholders from 189 countries. Mongolian delegation led by Minister of Environment and Tourism B.Bat-Erdene and Advisor to the President of Mongolia on Green Development N.Batkhuu participated in the session where each participating country presented its measures against desertification and shared their best practices, Montsame reports.

In his remarks delivered during the Ministerial Roundtable meeting, Minister B.Bat-Erdene said that Mongolia has lost about 50 percent of its permafrost over the past 40 years. This shows the need to pay more attention to soil management in reducing desertification and land degradation in the northern region. He then emphasized that the ‘One Billion Tree’ national movement initiated by the President of Mongolia will be a significant impetus to address the issues such as land policy, use, sustainable economic development, and human rights.

While underscoring that the national movement will not only reduce desertification in Mongolia but also have a positive impact on the environment in Northeast Asia, Minister B.Bat-Erdene put forth a proposal to host COP17 in Mongolia.

He also stressed that he believes that Mongolia's efforts will contribute to the sustainable green development of the world, as there are no borders in nature.

After being discussed by more than 6,000 delegates from 189 countries, Mongolia’s proposal to host COP17 was approved.