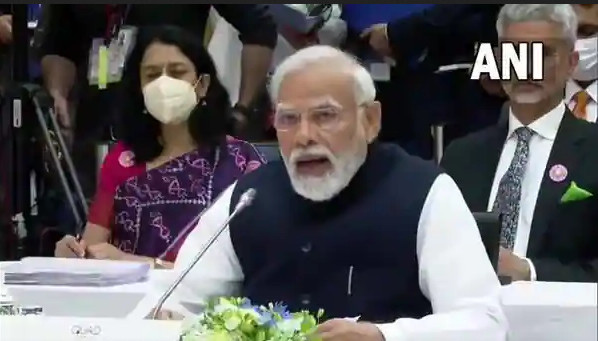 AKIPRESS.COM - The four Indo-Pacific leaders of the "Quad" grouping vowed on Tuesday to stand together for a free and open region at the start of talks, vowing also to work on fighting climate change, Livemint reported.

“Quad has made an important place for itself before the world in such a short span of time. Today, Quad's scope has become extensive, its form effective. Our mutual trust, and our determination is giving new energy & enthusiasm to democratic powers," PM Modi further said.

Modi said, "At the Quad level, with our mutual cooperation, a free, open and inclusive Indo Pacific Region is getting encouraged - it is the shared goal of all of us. and today, Quad's scope has become comprehensive and its identity became significant"

US President Joe Biden, while mentioning Russia – Ukraine conflict said this is more than just a European issue, it's a global issue. Global food crisis may worsen due to the conflict. US will work with its partners, he added.

"We will act in recognition that climate change is the main economic and security challenge for the island nations of the Pacific. My govt will set a new target to reduce emissions by 43% by 2030 putting us on track for net-zero emissions by 2050," said Australian PM Albanese

"We will bring more resources & energies to securing our region as we enter a new & more complex phase in the Pacific strategic environment. We'll continue to stand with you, our like-minded friends & collectively stand for each other," Australian PM Albanese further said.

"We should listen carefully to voices of the countries in the ASEAN, South Asia as well as the Pacific Island countries, so as to further advance cooperation, conducive to solving urgent issues facing the vision (for Indo Pacific Region)," said Japanese PM at Quad Leaders' Summit in Tokyo

Quad's cooperation efforts have included working together on climate action. Quad's Infrastructure Coordination Group has been deliberating on supporting sustainable and demand-driven infrastructure in the region in a manner that doesn't burden countries of the region with unsustainable debt. Cooperation on critical and security of critical cyber infrastructure are other key priority areas of cooperative measures in the Quad.

Quad leaders launched a marine security collaboration that will allow member countries to track illegal fishing, "black ships," and other tactical-level actions. This significant maritime accord between the Quad member countries will strengthen the Indo-Pacific region's security system.

“The benefit of this maritime initiative will allow tracking of dark shipping and other tactical-level activities, such as rendezvous at sea, as well as improve partners’ ability to respond to climate and humanitarian events and to protect their fisheries, which are vital to many Indo-Pacific economies,” said the White House in a media statement on the sidelines of Quad Summit.

Dark ships, for example, are vessels that have had their Automatic Identification System (AIS) - a transponder system – turned off so that they are not detectable.

Millions of people's livelihoods and food security are jeopardised by unchecked worldwide fishing stock looting. While it's difficult to assess the economic loss from illicit fishing, some estimates put it at over $ 20 billion per year. According to the US Coast Guard, illegal fishing has surpassed piracy as a global maritime concern in 2020.

The collapse of fisheries in the Indo-Pacific area, as elsewhere, can destabilise coastal governments and constitute a considerably greater security danger, as it can fuel people trafficking, drug criminality, and terror recruitment.

The four countries have also been discussing continued cooperation on COVID response, and post COVID management of economy and health infrastructure. This was the second in-person Quad Leaders' Summit.