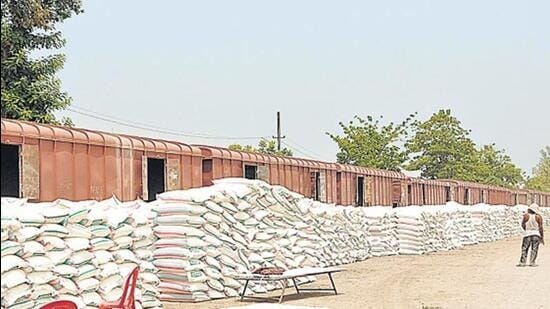 AKIPRESS.COM - India has finalised critical supply of fertilisers from Russia under a barter agreement, as talks concluded on a multi-year import deal, according to multiple officials, Hindustan Times reported.

Indian government is working on options to ensure fertilizer supply from Russia, including establishing a mechanism to work out the cost of fertilizer in Rupee and in return the traders can export Indian items to Russia of similar value, Indian officials said.

This mechanism is possible as fertilizer is not a banned item and three ships carrying the soil nutrients from Russia have landed in India during this month. A similar Rupee-Rouble trade arrangement was earlier done to settle dues in Rupees instead of Dollars or Euros. The idea was first conceived in 1953 under the Indo-Soviet trade agreement.

India imports most of its fertilisers, which is crucial because nearly half the population depends on a farm-derived income and the Black Sea conflict trimmed its fertiliser balance ahead of the crucial summer-sown June-September farming season. Agriculture accounts for 15% of India’s $2.7-trillion economy.

To hedge against geopolitical flux and globally high prices, India opened government-to-government talks in February with Russia for the long-term import of fertilisers.

Russia will supply crop nutrients via a barter system avoiding dollar transactions due to US sanctions, as Russian importers will exchange fertilisers for various Indian commodities, including tea, raw materials and auto parts.

An official said India had legitimate national interests and to fulfil their demand, Indian side initiated talks for multi-year import for fertilisers for the first time in decades.

Russian importers will import fresh farm produce, medical devices, auto-parts and other key commodities from India under the barter, the official said.

Amid a surge in global prices of fertilisers due to Ukraine conflict, the Modi government in India on May 21 said the government would provide additional fertilizer subsidy to cushion farmers from hike in prices. The additional allocation doubled the Indian government’s subsidy bill to a record high in the current fiscal year 2022-23.

Despite rise in fertilizer prices globally, we have protected our farmers from such price hikes, India’s finance minister Nirmala Sitharaman had tweeted.