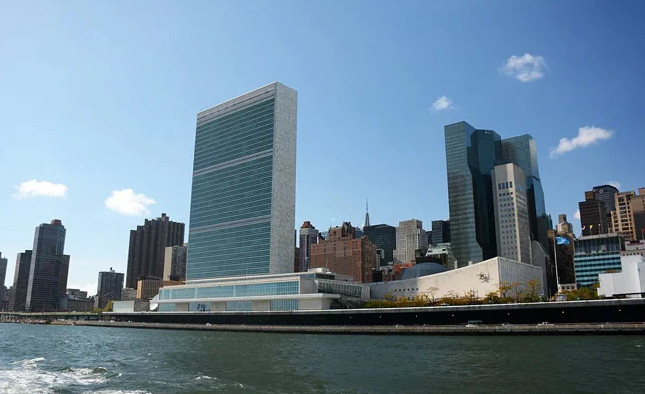 
India has said that state sponsors of terrorism being allowed to go scot-free reflects a "sad state of affairs", telling the UN Security Council that any debate on accountability is incomplete without taking into account the carnage wrought by terrorist forces, particularly those backed by state actors for pursuing political objectives.

While participating at the UN Security Council open debate on Thursday on "Strengthening accountability and justice for serious violations of international law" chaired by Council President Albania, India’s Minister of State for External Affairs said that "terrorism today is the greatest threat faced by humankind that exacerbates social tensions, pushing societies towards instability and violence.”

"When we speak of accountability, it is indeed a sad state of affairs that States sponsors of terrorism have been allowed to go scot-free. Therefore, any debate on accountability would be incomplete without taking into account the carnage wrought by terrorist forces, particularly those which are backed by State actors for pursuing political objectives," India said.

The Minister told the Council that India, which has suffered the scourge of cross-border terrorism for decades in which thousands of innocent civilians have lost their lives, has always been at the forefront of global counter-terrorism efforts.

"The international community should stand firm on its opposition to terrorism in all its forms and manifestations and reject any attempt to provide any justifications for terrorist acts," he said, noting that India has extended financial assistance to support to the investigations of UN Investigative Team to Promote Accountability for Crimes Committed by ISIS in Iraq.

The Indian minister underlined that the issue of accountability cannot be discussed in isolation, nor can it be seen from the narrow perspective of alleged acts committed only by the State, "where foreign forces are actively involved, including where they have a physical control and presence, we need to factor these in, when accountability issues are discussed. The imposition of universal jurisdictions on alleged acts of atrocities, committed in the territory of a sovereign state, need to be avoided as well.”

The Indian minister said that post-2005, referrals of situations to the International Criminal Court, especially the haste with which such referrals have been made, have come under criticism. "The acquittals in recent years have also cast a shadow on the credibility of the ICC. These developments appear to substantiate the view that when cases are referred to ICC primarily for political reasons, the ICC mechanism may not serve the larger purpose of justice," he said.

The minister added several countries in Africa and Asia, including India, are not parties to the Rome Statute.