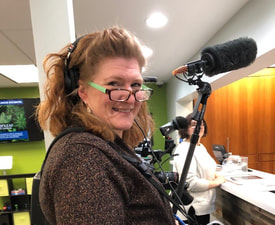 AKIPRESS.COM - The U.S. Embassy in the Kyrgyz Republic, in partnership with the American Film Showcase, will host documentary filmmaker Risé Sanders-Weir, for a series of in-person workshops, screenings, and discussions about her Gadget Girls documentary film, the Embassy said.

From June 20-24, 2022, workshop screenings will be held for students and faculty of the Media Arts and TV Departments of the International University of Kyrgyzstan, American University of Central Asia, Naryn State University, and Kyrgyz-Turkish Manas University, as well as at the American Spaces in Bishkek, Kant, and Naryn.

Gadget Girls (28 minutes runtime) focuses on a GADgET summer camp that introduces middle school girls to science, technology, engineering, and math (STEM). The documentary follows the girls as they develop their abilities, interact with leaders in STEM careers, and enter STEM fields themselves.

Ms. Sanders-Weir will also conduct workshops for local filmmakers to share her experience supervising production of documentaries appearing on MSNBC, PBS, History, National Geographic, CNBC, A&E, The Weather Channel, and other channels. Ms. Sanders-Weir's work as a writer, producer, director, and supervisor has been recognized with Emmy, Hugo, and Telly awards. She teaches a variety of courses at Columbia College Chicago, including TV program development, producing, and career management. Her research interests include documentary filmmaking, social justice, and historic social justice.

The U.S. Embassy in Bishkek invited Risé Sander-Weir to the Kyrgyz Republic as part of the Department of State-funded American Film Showcase. The program brings award-winning contemporary American documentaries, independent fiction films, and documentary know-how to audiences around the world, offering a view of American society and culture as seen by independent filmmakers. It is a partnership between the Department of State’s Bureau of Educational and Cultural Affairs and University of Southern California’s School of Cinematic Arts to engage international audiences through American film.