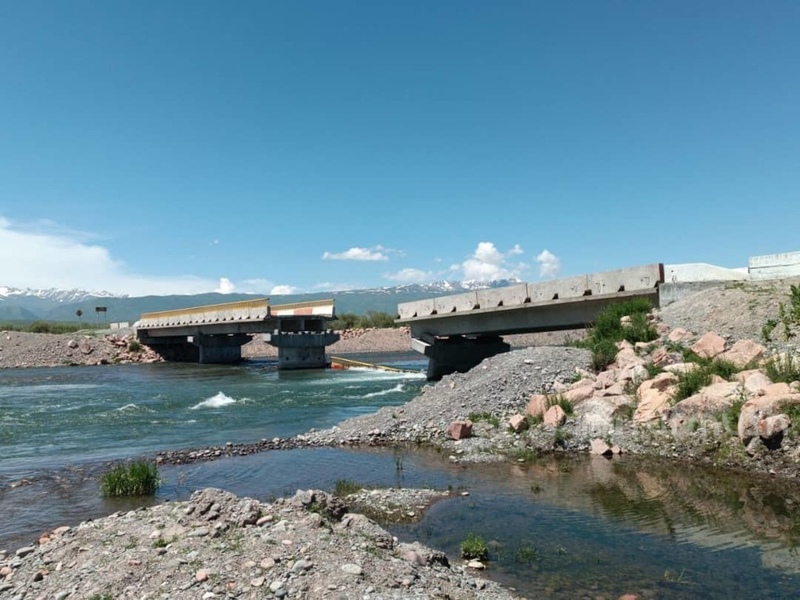 AKIPRESS.COM - Residents of Suusamyr rural municipality have asked the government to restore the partially collapsed bridge they used to get to Aramza alpine pasture.

“The bridge was constructed 3 years ago, but it was used only for 2 years. Construction was carried out poorly as the bridge collapsed so soon. Cattle breeders from Chui region drive cattle to the given pasture. Since the bridge collapsed, they have to use another route,” activist Tynchtykbek Urmatbekov said.

There is another bridge in unsafe condition. If the bridge collapses, the whole settlement will be isolated from the rest of the world, he said.

The Ministry of Emergency Situations and other agencies were informed about the incident. The rural municipality does not have funds for restoration of the bridge, he said.

“We have asked assistance from the government. A commission of independent experts and emergency workers visited the area. The project of bridge restoration will be supported. The reconstruction process will begin as soon as the Ministry of Finance transfers funds to the Ministry of Emergency Situations,” the vice governor said.

Villagers use the old bridge, which is in dilapidated condition. It is used by cattle breeders of 3 districts of Chui region, he said.