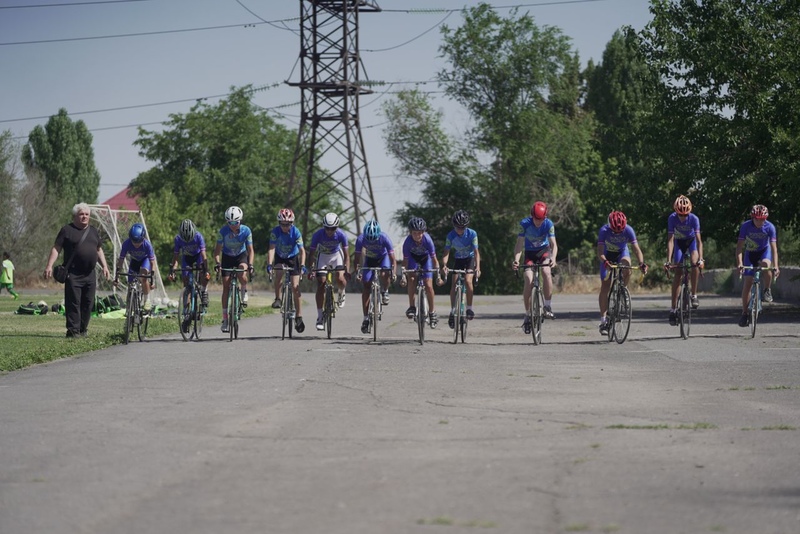 AKIPRESS.COM - The Ministry of Labor, Social Security and Migration of the Kyrgyz Republic and the UN Refugee Agency today organised a bicycle race to mark World Refugee Day, an international day designed by the United Nations to honour refugees around the globe.

The race brought together both refugee and Kyrgyz youth, demonstrating that with help from welcoming communities, people forced to flee can rebuild their lives and dignity. The event was organized with support of refugee volunteers who paid tribute to the people of Kyrgyzstan for their hospitality.

“World Refugee Day is a moment of recognition for those communities and people around the world who have opened their doors and hearts to refugees. The Kyrgyz Republic has established its own national asylum system and has generously accepted over 20,000 refugees since the 1990s. Many of these refugees either integrated into the Kyrgyz Republic, were resettled, or returned voluntarily to their countries. One of the significant results of this activity is the assistance to refugees in acquiring citizenship. Thus, since 2002, more than 9 thousand people have acquired citizenship of the Kyrgyz Republic. This event shows solidarity with refugees and their host communities in Kyrgyzstan. Most refugees have lived in the Kyrgyz Republic for many years, and many refugee children were born in this country. Almost all children attend schools, speak Kyrgyz and/or Russian, they have become part of our society. This event is a symbol of friendship between all children and gives everyone the opportunity to demonstrate their talents and skills, and to succeed together,” said Kudaibergen Bazarbaev, Minister of Labour, Social Security and Migration of the Kyrgyz Republic.

One of the race participants, refugee Romal Ajmal, 16, has been fond of cycling since childhood. In 2017 he started training in the cycling club “Golden Wheels” and later his younger brother Lemar, 14, followed his lead. Since then, with the support of national coach Nikolay Dyadichkin, the Ajmal brothers already won several cycling competitions. Like all other refugees in Kyrgyzstan, Romal and Lemar biggest wish is to become citizens of the Kyrgyz Republic, so they can win for Kyrgyzstan at international competitions.

“The United Nations Refugee Agency appreciates the support to refugees by the people and government of Kyrgyzstan. Joint efforts and cooperation are key to ensure that people can save their lives. But our efforts should not end there. People who have been forced to flee their homes and almost everything else behind need a chance to rebuild their lives. That means letting them go to school, find legal employment, go to a doctor. UNHCR stands ready to continue aiding Kyrgyzstan so that refugees can access all the rights, services, and duties they are entitled to as per human rights standards and obligations of the Kyrgyz Republic. On World Refugee Day let us join forces so that refugees can develop their amazing potential and contribute to the development of their host communities,” said Hans Friedrich Schodder, UNHCR Representative for Central Asia.

International solidarity towards people fleeing war in Ukraine – one of the largest recent forced displacement crises - has been overwhelming. A similar response is needed to all refugees including those who had to flee Afghanistan. The right to asylum is universal and never dependent on where one flees from or to.

As of May 2022, the Kyrgyz Republic hosted 178 convention refugees and 801 asylum seekers, most of whom fled Afghanistan and have been living peacefully in Kyrgyzstan for decades.