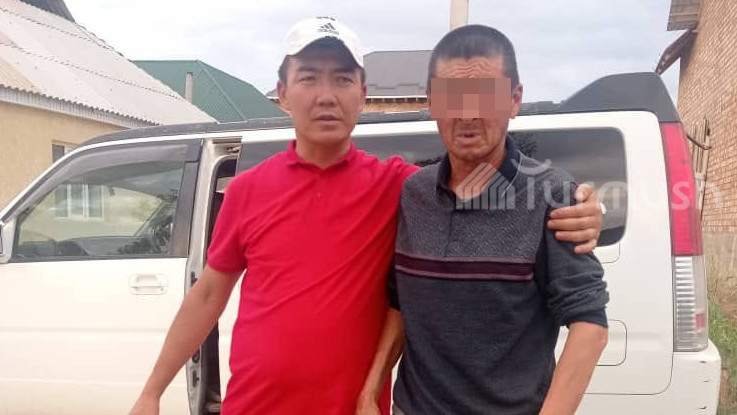 AKIPRESS.COM - A video showing a theft suspect being tied to a power pole and beaten in Ak-Ordo district on Bishkek outskirts has gone viral on social media.

The police took the man into the temporary detention facility after the incident and promised legal opinion of actions of Ak-Ordo district residents.

Tursunbai Sharapov, villager of the theft suspect said: “The man who was tied to the pole has 2 sons and a daughter. They live near Dordoi market. He took a minibus on that day but fell asleep. He came to Ak-Ordo district finally. He could not understand where he was. He has problems with voice, his speech is unclear. The man has mental health problems.”

The man asked people he met where he was. People did not understand him and thought he was homeless. He drinks alcohol occasionally. He entered one house, where he was taken as a thief. The man could not explain anything. They tied him to the pole and began beating, Tursunbai Sharapov said.

Nothing was stolen in the end. Both sides reconciled eventually.

“This situation happened due to misunderstanding. They needed to clarify everything prior to acting in such extreme way and taking video of the process and sharing it in social networks. Life of a person may be ruined with such actions,” Tursunbai Sharapov stated.