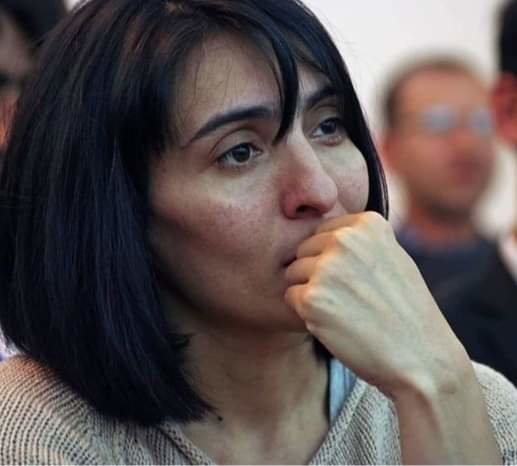 Sarkorova’s mother and brother were detained at their home in Dushanbe. They were brought to the department’s headquarters, where they questioned them about Sarkorova’s sources for her reporting and also asked Sarkorova’s mother to tell the journalist that they knew about her two children, which Sarkorova told CPJ she believed was a veiled threat.

The officers released her relatives without charge after about four hours, according to Sarkorova and those reports. Several days earlier, authorities in the eastern Badakhshan region also questioned Sarkorova’s uncle, aunt, and cousin about her work, she said.

Sarkorova has recently covered security forces’ suppression of protests in the country’s ethnically and culturally distinct Gorno-Badakhshan Autonomous Region, and is among a small number of journalists covering alleged human rights abuses in that region, according to the journalist and reports. Last month, Tajik authorities threatened to shutter the independent outlet Asia Plus over its coverage of protests in Gorno-Badakhshan, as CPJ documented at the time.

Since the outbreak of unrest in Gorno-Badakhshan in November 2021, Sarkorova has covered authorities’ alleged abuses through information sent to her by local sources in the region, where her family is originally from, she told CPJ.

Sarkorova worked as a correspondent for the BBC’s Russian service until 2018, when Tajik authorities withdrew her accreditation due to her critical reporting and enforced an unofficial ban on her working as a journalist, she told CPJ. She left the country in 2021 and since then has published reporting on her Facebook page and Telegram channel, each of which have about 2,500 followers.

Her work includes a list of local residents in Gorno-Badakhshan’s Rushan district allegedly killed by security forces, as well as reports on individual victims, which have been cited by foreign media outlets.

Sarkorova told CPJ that police and State Committee for National Security officers questioned her uncle, aunt, and cousin at their homes twice last week, asking them about who she was in contact with and where she gets her information.

She said the officers took the names, addresses, and photos of her uncle and aunt’s sons and threatened to arrest them or create “problems” for them if Sarkorova did not stop her reporting.

During her coverage of events in Badakhshan, Sarkorova has regularly been subjected to threats, trolling, and attempts to discredit her, she told CPJ. She said that social media accounts that she believed were tied to government authorities recently stated that a criminal case has been opened against her for her work.

CPJ emailed Interior Ministry of Tajikistan for comment, but did not receive any reply. Authorities in Gorno-Badakhshan have previously denied running one social media account rumored to be tied to the government.