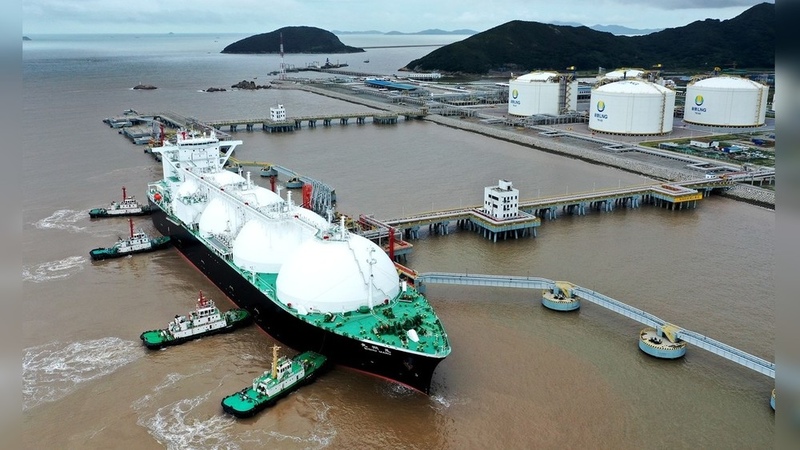 AKIPRESS.COM - The "Power of Siberia 2" gas pipeline will benefit Russia, China and Mongolia, with the capacity to channel cleaner energy to China to help the world's second-largest economy balance its reliance on liquefied natural gas (LNG), Global Times  reported with a reference to Chinese experts.

The comments came after Mongolian Prime Minister Oyun-Erdene Luvsannamsrai told the Financial Times that he expects Russia to begin construction of the "Power of Siberia 2" gas pipeline via Mongolia in 2024, as Moscow moves to connect its Europe-supplying natural gas fields to Asia.

Although construction of such pipelines usually takes years, an energy infrastructure project of this scale has huge economic and political implications, experts said, given that Russia's quarrel with its traditional customers in Europe is escalating amid the Russia-Ukraine conflict.

While Russia has largely refrained from using natural gas as an economic weapon, the supply of the vital fuel has increasingly become a thorny issue as the tit-for-tat escalates between Russia and the West led by the US.

Reuters reported on Monday that Russian Gazprom has told its European customers it cannot guarantee gas supplies due to "extraordinary" circumstances, while the key Nord Stream 1 pipeline undergoes a 10-day annual maintenance.

Facing an energy crisis and economic slowdown, the EU has turned to US LNG as a relief. For the first time, Europe received more US gas in the form of LNG than Russian gas. The EU intends to wean itself of Russian fossil fuels by 2027, Western media reported.

Planning for the "Power of Siberia 2" has been under discussion for years, with two alternative routes, with one entering China from the Russian Far East and a western route connected with Northwest China's Xinjiang region.

Experts said having the "Power of Siberia 2," which has a reported capacity of 50 billion cubic meters (bcm) annually and is expected to enter service around 2030, will give China more alternatives in terms of gas supply.

Jin Lei, professor at the Beijing-based China University of Petroleum, told the Global Times on Tuesday the "Power of Siberia 2" will enhance China's natural gas supply, and Russia will also benefit from having an additional customer in Mongolia.

China also needs to systematically expand its subterranean gas storage facilities to prepare for an increased gas import volume in the coming years, Jin said, noting that as Russia begins to ramp up pipeline gas supply to China, storage capacity is becoming an issue.

Chinese experts noted the irony in the US and the UK suggesting China could replace the EU's role as the top user of Russian gas, after they torpedoed the Nord Stream 2 project, completed last year.

About half of all China's natural gas consumption is imported and about two-thirds of imported gas enters in the form of LNG. Australia accounts for 40 percent of China's LNG imports and the US for 10 percent.

China is the world's largest importer of natural gas. As the shift from coal to gas continues and the nation aggressively pursues carbon neutrality, China's natural gas consumption in 2021 increased by 19.9 percent to 121.36 million tons. In value terms, natural gas imports reached 360 billion yuan ($53.4 billion) in 2021, up 56.3 percent from 2020. The price for pipeline gas is deemed elatively stable.

Russian gas exports to China via the "Power of Siberia" have continued to increase in volume, and in the first six months of this year, they were up by 63.4 percent, Sputnik reported on July 15, citing Gazprom.