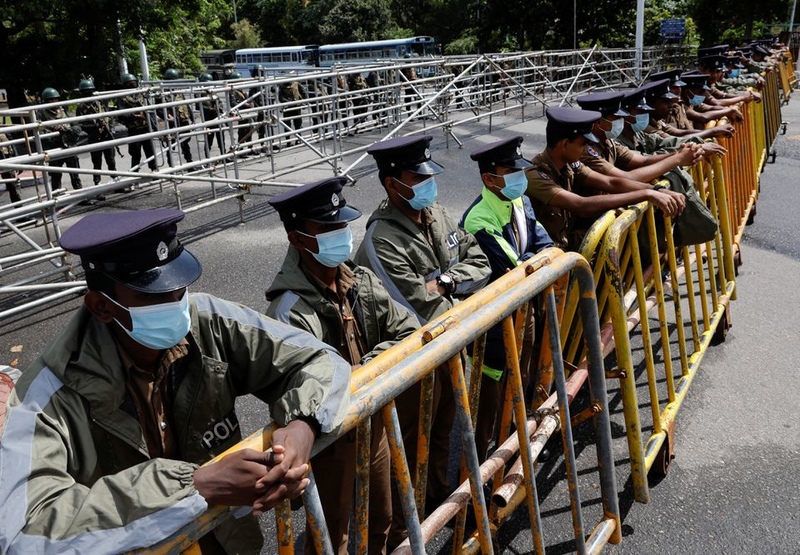 AKIPRESS.COM - India has emerged as the top lender to Sri Lanka, extending $376.9 million worth credit in the first four months of this year to rescue the island nation from the unprecedented political crisis and economic turmoil, The Economic Times reported.

Loans from India with $376.9 million were the highest foreign financing disbursements during the period of January 1 to April 30, 2022, according to Sri Lanka's Finance Ministry.

After India, Asian Development Bank (ADB) came in as the second largest lender with $359.6 million being disbursed in the first four months, followed by China with $67.9 million and the World Bank with $67.3 million.

The majority of the disbursements were from the loan agreements signed with India, which is almost 39 per cent, followed by Asian Development Bank (37 per cent) and China (7 per cent), according to a report from the Sri Lanka’s ministry. The performance of mobilising foreign financing during the first quarter was greatly affected by the economic crisis of Sri Lanka, the ministry report said.

India was the island nation's only source of assistance with the economic meltdown, the worst in the country’s history, which kicked in during the early part of this year.

Sri Lanka is expecting a bail out from the International Monetary Fund to secure the urgent need of $3 to 4 billion dollars for bridging finance. The country needs about $5 billion in the next six months to cover basic necessities for its 22 million people, who have been struggling with long queues, worsening shortages and power cuts.

The economic crisis also sparked a political crisis in the country after a popular uprising against the government forced Gotabaya Rajapaksa to flee the country and resign as president.

India’s External Affairs Minister S Jaishankar earlier this week said India has committed $3.8 billion this year for the support of Sri Lanka during the latter's economic crisis which had been building up over a period of time.

The minister said Indian Prime Minister Narendra Modi has a neighbourhood first policy where the government makes special efforts to try and support the country's neighbours in a manner that meets their requirements.

He also said there were no security concerns for India over the political unrest in Sri Lanka as the people there, and the world over, have appreciated what we have done for them. "The answers to Sri Lanka's problems are in Sri Lanka itself," he added.

India has been the principal source of foreign assistance to Sri Lanka this year.

On Friday, the Indian High Commission in Colombo reiterated that India will continue to stand with the people of Sri Lanka as they seek to realise their aspirations for prosperity and progress through democratic means and values as well as established institutions and a constitutional framework.