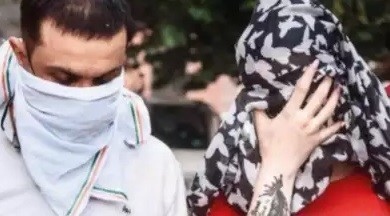 AKIPRESS.COM - Five people, including a married couple from Turkmenistan, were arrested in India on suspicion of running a brothel, The Times of India reported.

According to investigators, 47-year-old Akhmet Meredov and his 37-year-old wife Aziza Dzhumayeva organized a brothel in New Delhi, where sex workers from abroad were exploited. Investigators consider 30-year-old, 34-year-old citizens of India and 48-year-old citizen of Uzbekista Alisher Tilladayev to be accomplices of a married couple.

The police carried out a "test purchase" using a shell customer. Two Indian citizens, Mohammed Arup and Chandi Sahini, showed the police agent ten sex workers to choose from. After that, colleagues of the "client" broke into the building, first arresting Arup and Sahini, and then the other three suspects.

All ten women who worked in the brothel turned out to be foreigners (from which country they came from is not specified). They did not have any documents legalizing their stay in India. However, responsibility for illegal stay in the country is the only thing that threatens them. Prostitution in India is not prohibited, only pimps are prosecuted.