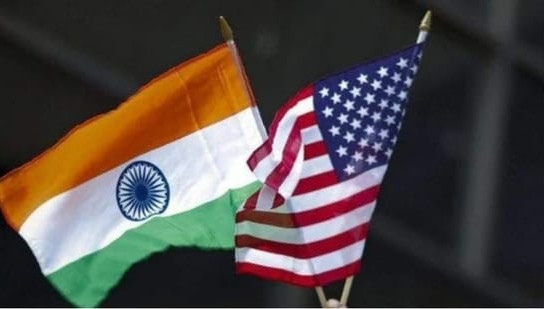 AKIPRESS.COM - US Congressman Ro Khanna (D-Calif) on Tuesday stated that he has proposed India become the sixth nation in the NATO Plus arrangement to strengthen bilateral and global security amid the tumultuous war in eastern Europe. The US lawmaker said he will push New Delhi toward an advanced Defence Security alignment in collaboration with the US, republicworld.com reported.

“I have worked on trying to add India as the sixth country to that and that would facilitate and make it easier to have this growing Defense Partnership and make sure that we’re moving India towards more of a Defense Security alignment with the United States and Russia," Khanna said.

Khanna affirmed that the allies of the North Atlantic Treaty Organisation (NATO) get quick approval on defence agreements. He added that the US has also arranged similar deals with Australia, Israel, Japan, New Zealand, and South Korea. "I introduced that two years ago. I’m going to continue to work on it. Hopefully, we can get that amendment passed in subsequent congresses,” he said.

Khanna's proposal was tabled after the US House of Representatives last week endorsed an amendment of the National Defence Authorisation Act (NDAA) to facilitate the strengthening of ties between India and Washington. Further, the House also voted in favour of granting India a CAATSA waiver, which Khanna said was done in the "interest of the US".

“The reason is it’s in the interests of the United States. We need a strong partnership with India. Defence partnership, a strategic partnership, especially because we are two democratic nations and with common geopolitical interest, this alliance is critical for the United States,” Khanna said, as quoted by news agencies.

What is NATO Plus?

NATO Plus is an arrangement to bring together five allies (Australia, Israel, Japan, New Zealand, and South Korea) of the US and NATO countries to bolster global defence cooperation. The Plus five countries as proposed by US lawmakers includes India.

"We have worked successfully with the US India Security Council (USISC) for the passage of the US-India civil nuclear agreement and now with USISC for the inclusion of an amendment to the NDAA, expanding NATO plus five to NATO plus six to include India," Peter R. Rosenblatt, Member of the Board of Governors of American-Jewish Committee (AJC) had said ahead of the passing of NDAA bill.